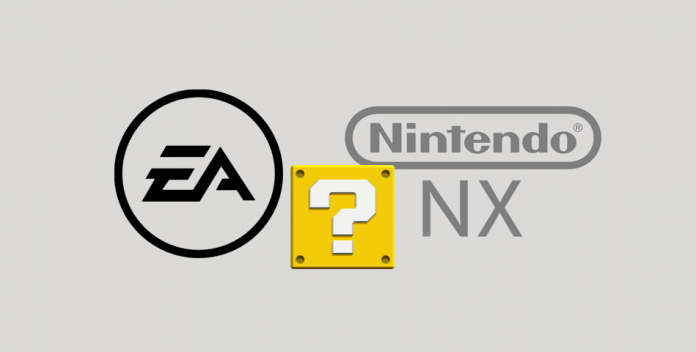 Nintendo already have vocal support from Ubisoft when it comes to their new console, code named the Nintendo NX, however EA are still staying tight-lipped on whether or not they will support the new console.

EA pulled support for the Wii U back in 2013 and in an interview with Game Informer EA Executive Vice President, Patrick Söderlund had this to say on the future of Nintendo

“Nintendo is such an instrumental part of our whole industry,” he shared. “They deserve to be successful, and they deserve to be a major player in the business, given their pedigree. It’s not only the machines that they’ve built, but also the IPs they’ve brought to market. There are very few companies like Nintendo. Whenever they bring something to market that we see an addressable market for, we’ll be there. Given that they haven’t announced [a new console] officially or shown it, I can’t comment specifically.”

It certainly seems EA are taking a more cautious route with the Nintendo NX given the Wii U struggled to match the sales of the Wii before EA pulled support.

Does this mean no EA titles at launch? or are EA just waiting until the console is officially revealed before revealing their support? What do you think? Let us know in the comments below.