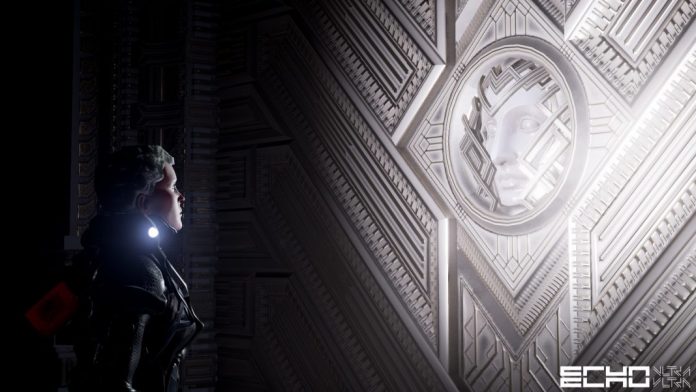 How well do you think you can outsmart yourself? Weird question right, but after watching this gameplay trailer you will totally understand what I mean.

ECHO is a 3rd-person science friction survival game which is being developed by Ultra Ultra. The developers have released the first gameplay trailer for the game today following the game’s initial reveal this past May.

After a century in stasis the girl En arrives at her destination: A Palace out of legend, a marvel of the old civilization eons gone, still awaiting its first human occupants. Out here, using forgotten technologies, she hopes to bring back a life that shouldn’t have been lost. But nothing could have prepared her for what she’ll face in the ancient halls below.

The experience starts as a character driven journey of discovery, but as it unfolds it evolves into something altogether more punishing. Gameplay revolves around Stealth and Action, as you face off against the strange workings of this place. You might be quick on your feet and quite able to defend yourself, but everything has consequences here. Whatever your strategy, one thing is certain: You must keep your wits about you if you are to survive the Palace.

Exciting right? Watch the trailer below:

This is so cool, and the game is still in the early stages of development at the time of this footage. We can only imagine what else will be added. ECHO is coming to the PC and consoles in 2017, a long wait I must say but we at RGM will keep updating you as information on ECHO comes our way.