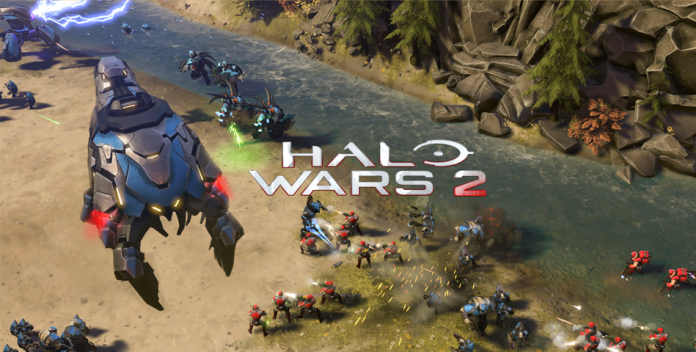 In an open letter posted on Xbox Wire from Dan Ayoub, Studio Head of Strategy Games at 343 Studios he thanks Halo Wars 2 beta players for their feedback and help in changing/re-shaping the game.

The multiplayer beta in June this year has enabled 343 Studios to make adjustments to the game and in the post from Ayoub he lists the changes that will be made to Halo Wars 2:

“Probably the biggest criticism we heard about the beta was issues with connectivity, de-synchs, etc.  I’m happy to say that, thanks to you, we’ve already addressed these issues in the final game.

There are a significant number of individual changes and adjustments being made, including unit tuning, game mode pacing, UI improvements, stability, and flow improvements based on the data we received from the beta. At a high level, there are five main areas of focus that we’ll be adjusting, in addition to the general improvements listed above:

We received a great deal of varied feedback around the control scheme in the beta, and based on this feedback, we’ve already made a number of adjustments to the controller layout to make it faster and easier to engage the actions players want to take. In addition to the layout changes we’ve already completed, we are investigating multiple controller configurations. It’s still to be determined what we can get done in time for launch, but we’re hopeful to add more choice when it comes to control schemes.

While the Leader Powers were popular among those players that invested time in them, many players found their use unclear, and that the evolution trees were confusing, or not distinct enough. We are currently working at ways to make the Leader Powers usage more straightforward, easier to use, and understandable as to how the powers are evolving. Basically, we are tuning Leader Powers to better balance cost versus impact.

Arguably the biggest point of feedback regarding bases was that it wasn’t clear enough how buildings were evolving, or the amount of damage they had sustained – both for the attacker as well as the defender. As a result, we’re working to change the appearance of individual structures within the base to better reflect their current state. This will help players eyeball their base, or that of their opponent, to quickly assess its stage of development. We’ve also already added UI feedback so that players will know when their own structures are working on upgrading or creating units.

Power collection was highly discussed topic; we heard loud and clear that costs seem too high, and players were forced to have Supply Depots and Reactors occupy a high number of build slots. As a result, we are changing the costs to scale with the stage of the game.  For example, in the early stages, with lower power units, you will mostly focus on Supplies.  As you progress to the more advanced stages, Power will become more of a factor, and you’ll need to start planning an approach to resource buildings. The goal here is to facilitate management of resources early in the game while giving the players choice about how to grow their armies. In general, the benefit of having a two resource economy is that it gives players greater depth and control in defining their own strategies. Supply and Power are used for different things (i.e. buildings and units vs. technology upgrades and Leader Powers) and focusing on one over the other is an important strategic decision during each match.

Without a doubt, it was clear that you want a higher unit population count.  You got it!  While the unit cap for the Beta was purposely lower than what we’ll launch with, we’ve already raised the population and are working to possibly increase further for the final game.

This is just a subset of the high level changes we are making, based on all of your great feedback.  Thank you for all the time you invested in playing the beta and sending us your feedback.  Our team takes all the feedback very seriously and it’s exciting to have you help us shape what Halo Wars 2 will become. Plenty more surprises to come, but we wanted to, again, thank you for taking this journey with us.

The beta showed only two of the many multiplayer modes we’ll feature in the game. The range of modes are intended to satisfy a number of play styles and appetites; we’ll have modes that run from hours of play to modes you can play in as little as 5 minutes. We’ll outline more around these modes as we approach launch, and you’ll have a chance to play these in the coming months.”

Lastly Ayoub ends the open letter with “we’ll be having another Beta coming in early 2017 that will be on BOTH Windows 10 and Xbox One!”

Are you looking forward to playing Halo Wars 2? Did you participate in the beta? Let us know all your thoughts on Halo Wars 2 in the comments below.