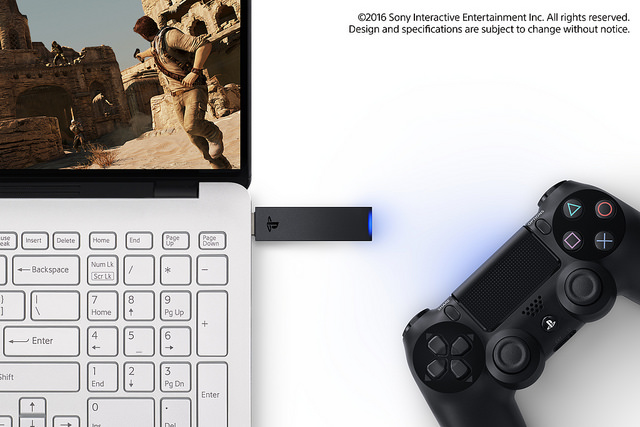 PlayStation Now is officially available on PC in Europe and will be released in North America in the near future according to an official blog post.

Here are the system requirements:

As for network connections, you will need a minimum of 5 Mbps for PS Now on any device. As usual, a wired connection is highly recommended.

PlayStation Now on PC brings over 400 titles such as Uncharted, God of War, and the Ratchet & Clank franchises, as well as highly acclaimed PS3 games like The Last of Us and Journey.

In addition to this announcement, Sony has revealed a USB adapter to allow you to use your native PS4 controller on your PC or Mac for $24.99.

The adapter will also work with Remote Play on PC or Mac.