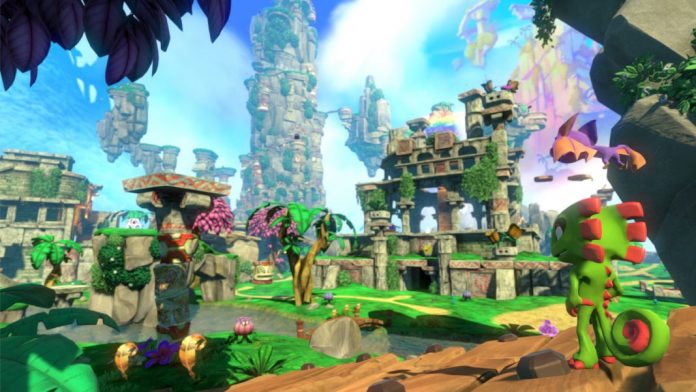 The 3D platformer is about to go through a big renaissance and there’s one game at the forefront of that revival. Yooka-Laylee, from Team17 and Playtonic Games, is unabashedly reminiscent of N64 classics from the 90’s such as Mario 64 and Banjo Kazooie. A trailer has been posted on YouTube just in time for Gamescom. With it’s colorful visuals, cheerful soundtrack and quirky personality, the title has fans salivating for any detail that becomes available.

The trailer gives us a clear look at some of the environments that will be playable in the final product and also provides a glimpse into how Yooka and Laylee will interact. There’s even a little time devoted to flatulence which will amuse those who played classic 3D platformers of the past. I challenge anyone watching the video not to smile!

Check it out below!

Yooka-Laylee is due to come to consoles and PC in 2017.