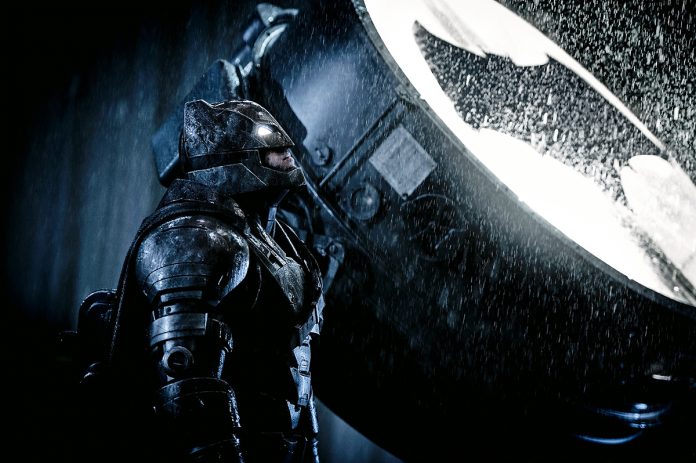 Although Justice League is still filming, it appears that Time Warner CEO Jeff Bewkes is already looking to the future of the DCEU. While speaking at an investor conference, he discussed the positive response to Affleck’s performance in Batman v Superman: Dawn of Justice, as well as Affleck’s executive producer position for Justice League.

The most interesting quote of the night, however, came from Bewkes during the discussion of The Batman solo film:

“Ben announced a Batman movie [that] he’s going to direct, star, write for. I think it’s a year and a half out. So, the strategy worked.”

Whether or not the “year and a half” statement is legitimate remains in question, but there’s evidence that help prove both sides of the matter.

In terms of evidence supporting that early 2018 release, there’s all the recent Deathstroke news that confirmed his placement as the main antagonist of the Batman solo film, as well as the test footage and the official casting news that were released. This amount of news rarely comes out all at once unless the project is ready to begin production. There’s also the leaked DC films slate that confirms The Batman’s 2018 release date (although the leak states that it’ll be released in October of that year).

However, all this remains as pure speculation inspired by the recent Deathstroke news and unofficial leaked information. The last time Ben Affleck even discussed anything regarding The Batman, he stated that he was “unhappy with the script” that he was co-writing with Geoff Johns at the time. Not much more information has been stated from Affleck or Johns other than assorted comments on what they wanted to do with the story, as well as how original they plan to make the storyline.

Regardless, it appears that it’ll still be a somewhat lengthy wait before fans can get to the theater to see Batman shine in his own movie. In the meantime, if Batman fans want to get their Caped Crusader fix, TellTale’s Batman series just released its second episode, and it’s already proven to be quite the successful interpretation of the character.

What do you guys think? Is a Batman movie coming sooner than we expect, or is it a long ways off? Are you as excited as we are for the appearance of Deathstroke? Let us know in the comments!