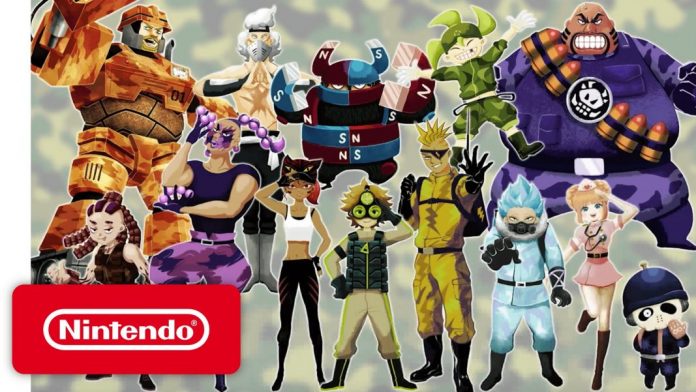 In today’s Nintendo Direct, Reggie Fils-Amié and friends revealed new games and some info on already announced games for the Nintendo 3DS. This includes a new Alola Form Pokémon, Super Mario Maker for the Nintendo 3DS, and Dragon Quest VII: Fragments of the Forgotten Past.

To start it all off Samantha Robertson, from Nintendo’s Treehouse, gives us a simplified look at Pokémon Sun and Pokémon Moon. We get another look at the starters Rowlet, Litten, and Popplio, as well as another look at Solgaleo and Lunala, the Legendary Pokémon for the region. She then talks about how we will get regional variant Pokémon and shows off the Alola Form of Rattata.  Like all Alolan Form Pokémon, Rattata’s form will have a new look and typing. The Alolan Rattata has the typing Dark/Normal. She also gives some detail on why Rattata in this region has this typing. Samantha then talks about Z-Moves, a new super powerful move that Pokémon can use when “Pokémon and their trainer unleash their full power together”. Z-Crystals are what trigger a Z-Move and what Z-Crystal you use will determine the Z-Move. You get an early purchase bonus as well, a code to download the Pokémon Munchlax and it’ll be holding a Snorlian-Z. Evolve Munchlax into Snorlax and have it hold the Snorlian-Z to use the move “Pulverizing Pancake”. Out November 18, 2016.

Samantha moves on to talking about Super Mario Maker for the Nintendo 3DS.  It comes with 100 built-in courses and you can go online and play more courses from the Wii U version. A few downsides are that you won’t be able to search by course ID and some levels aren’t compatible with the 3DS. You can also create courses with every item that is in the Wii U version, minus the Mystery Mushroom and the Mario costumes. This version is all about your local friends and community, thus you’ll be able to share your courses via local wireless and Streetpuss. Super Mario Maker will be out on December 2nd, 2016.

Next up, Samantha shows off Mario Party: Star Scramble, a new Mario Party game that incorporates some new modes into the traditional game. Toad Scramble is all about Toad and introduces the mechanic of everyone moving across the game board at the same time. This makes “the game faster and a bit more strategic too.” You’ll find Mushroom Kingdom friends/enemies throughout the game board that will join you and help you out in mini games and other modes. This game is also compatible with the Super Mario Amiibo figures, including 7 new figures from Boo to Waluigi. All of this is out November 4th, 2016.

JC Rodrigo from Nintendo’s Treehouse is now talking about StreetPass: Mii Plaza and its new update. There is a new mode for it called Quick Plaza, which is a sped up version and has all the games on the bottom screen and boots it up quicker. StreetPass: Mii Plaza Premium will now let you encounter up to 100 players using StreetPass instead of the 10 players. It’ll send groups of 10 players to the Plaza gate. We also get 5 brand new StreetPass games: Slot Car Rivals, Market Crashers, Feed Mii, Mii Trek, and Ninja Launcher. Nintendo is even giving you the chance to play either Slot Car Rivals or Market Crashers for free. Once you do this then you can get the other 4 games in a discounted bundle. This update and these games are available today!

A new game that is in development for the Nintendo 3DS is shown off by JC, Tank Troopers. The game will at least have a single player mode and a local 6-player multiplayer mode (with download play), but JC teases that “recon tells me that there are other modes too.” This will come out later this winter.

JC shows off Picross3D: Round 2, which includes over 300 puzzles and these puzzles, can be colored with two kinds of paints to “reveal more elaborate shapes” and you can “even tap compatible Amiibo figures to uncover secret Nintendo characters.” You can try out the demo and if you like it you can buy the game today in the Nintendo 3DS e-Shop.

JC shows off a new Ace Attorney game, Phoenix Wright: Ace Attorney-Spirit of Justice. In it, Phoenix Wright is in the nation of Khura’in where they use a new type of séance trial that “decides the fate of all defendants”. Apollo Justice is back at home, at the Wright Anything Agency, holding down the fort doing cases on his own. This will be available on the 3DS e-Shop on September 8, 2016.

Dragon Quest VII: Fragments of the Forgotten Past has been remade from the ground up for the 3DS. There’s hours of new content in this version including a StreetPass feature that allows you to swap travelers tablets which unlock special dungeons and items.  With online distribution it will bring new monsters, new dungeons, and rewards. You can pre-purchase the game and get a free Dragon Quest VII theme for the 3DS. This is out September 16, 2016.

In Yo-Kai Watch 2: Fleshy Souls and Yo-Kai Watch 2: Boney Spirits you travel to the past and learn about the origin of the Yo-Kai Watch. Each version will have certain yo-kai that you won’t be able to befriend in the other version. You can trade the yo-kai medal between versions, that way you can obtain all the yo-kai for whatever game you own. The first run retail versions of Yo-Kai Watch 2 come with a medal that will unlock a new soultimate move for Jibanyan. The digital versions will allow you to battle and befriend Robonyan-F and Sailornyan. The demo will be out mid September and the full game will be out on September 30th, 2016.

Now it’s time for Bill Trinen to discuss some games that will be out in 2017. He starts off with Poochy & Yoshi’s Wooly World. This contains everything that was in the Wii U version and some new features like; levels that are focused on Poochy, Poochy Pups (little helpers that will point out secrets in the world), and animated stop-motion shorts featuring Yoshi and Poochy. A Yarn Poochy Amiibo was also shown and will be available February 3rd, 2017 alone or in a bundle.

Next we get more info on Ever Oasis, which was shown off during E3. This game takes place in a dessert with an oasis at its heart. You are a Seedling traveling between the desert and oasis collecting dewadems to build up your oasis. You go to different dungeons to build items and more. This game will be releasing sometime in 2017.

Mario Sports: SuperStars will come with 5 full-fledged sports games: Soccer, Tennis, Golf, Baseball and Horse Racing. Each sport will feature a single player tournament mode and local/online multiplayer too. This is coming out Spring of 2017.

Finally the last title is Pikmin (Working Title), a side scrolling adventure. You’ll tap on the screen to fling the Pikmin to fight, gather, and help you reach the end of the level. This game will be releasing sometime in 2017.

What titles were you excited to hear about? What ones will you pick up? Let us know in the forums and comments.