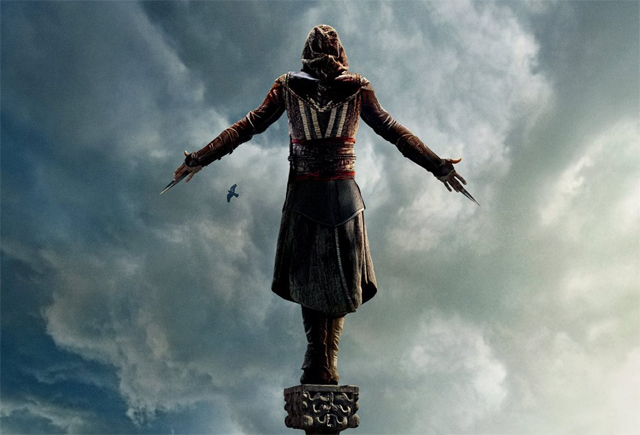 There’s a lot of pressure on the new Assassin’s Creed movie to deliver a truly great video game movie (an almost mythical prospect at the present time). However, there are plenty of reasons to be optimistic about Assassin’s Creed. It’s being developed by the director of the critically-acclaimed adaptation of Macbeth and stars Michael Fassbender, Marion Cotillard, and Jeremy Irons.

Even though there’s only been a single trailer released so far, the film has started a more significant ad campaign recently. This month, the film had a feature in Total Film magazine and director Justin Kurzel’s took part in a recent interview with GamesRadar.com. Kurzel was open to sharing some new character details, as well as some behind-the-scenes happenings.

Kurzel detailed how the main assassin opposite Fassbender, named Maria and portrayed by Ariane Labed, has a brother-sister relationship with Fassbender’s ancestral character. Her character was described as especially strong and integral to the Animus storyline. Labed also did most of her own action sequences and spoke the Spanish used in the 15th century scenes. 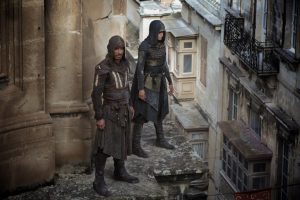 Kurzel also remarked that Fassbender did the majority of his stunts as well, although there’s one stunt in particular that was saved for the expert stunt doubles (a REAL Leap of Faith!). However, with all the parkour and action, there were plenty of broken bones and bruises with everyone. 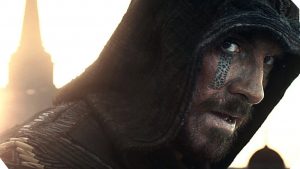 Kurzel also explained that the facial tattoos on both Fassbender’s character, Aguilar, and Maria and how they tell a story by themselves. He explained that the design was inspired by different cultures and the location of filming inspired them to give the assassins a visual representation of their well-traveled nature.

Another interesting factoid was that the historical sequences were filmed and recorded in both Spanish AND English. Kurzel felt that with the real language being spoken (the setting is 15th century Spain), it felt far more authentic and allows for more immersion for viewers.

The last detail Kurzel shared was that his composer brother Jed was in charge of the soundtrack. He explained that Jed had been experimenting with a focus on percussion-instrumentals during the historical scenes and synth/electronic music during the Animus scenes.

With a new trailer promised by Kurzel “coming soon,” Assassin’s Creed is certainly looking very promising. They’ve got a director who seems passionate about staying true to the franchise while still forming his own fresh take on it. This, along with stars that are committing to the physical and mental strain that comes with being an assassin (or at least ACTING like one), and it seems like this could be the video game movie to break the bad trend of poorly-received video game movies. 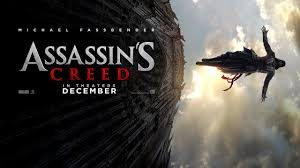 Are you excited for Assassin’s Creed? Will video game movies ever be done right? Let us know in the comments!