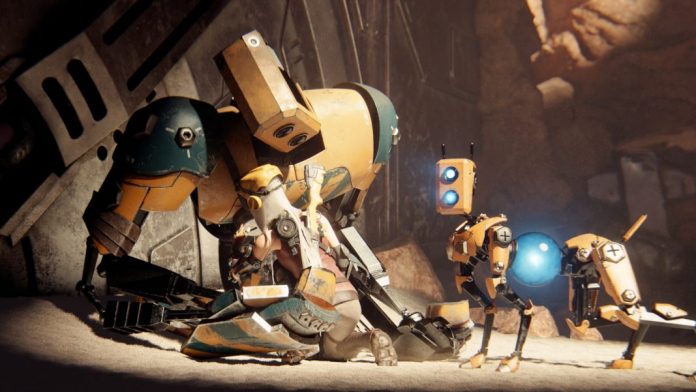 Here are the new games added to the Xbox One library so far throughout this week: 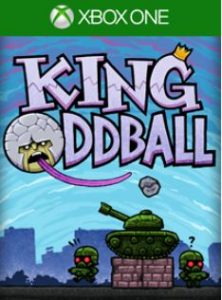 The King swings a boulder back and forth with his tongue and you get to release it by pressing a button. Time the release accurately and crush as many targets as possible with each boulder. Simple but addictive! Extra boulders are awarded for crushing three or more targets with a single throw. Master the game by anticipating how boulders roll, bounce, and launch from explosions. Take advantage of collapsing structures too! Conquer the world in more than 160 fun and increasingly challenging levels! 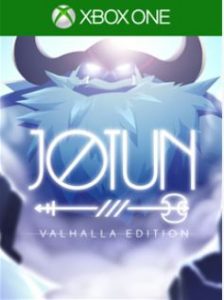 Jotun is a hand-drawn action-exploration game set in Norse mythology. In Jotun, you play Thora, a Viking warrior who died an inglorious death and must prove herself to the Gods to enter Valhalla. Explore vast regions of Norse Purgatory to find runes to unleash the jotun, giant Norse elementals. Fight them using only your massive two-handed axe, the blessings of the Gods and your skills!.

Click here to purchase Jotun: Valhalla Edition for Xbox One from the Xbox Games Store 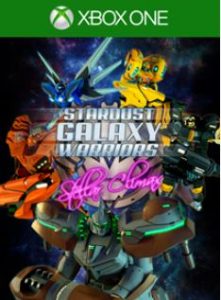 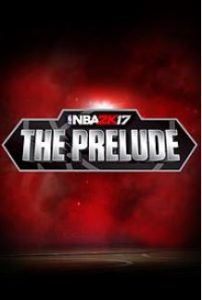 Get a head start on your MyPLAYER career for free! Choose between 10 great colleges and play to improve your draft ranking. Your progress in the Prelude will transfer over to NBA 2K17. 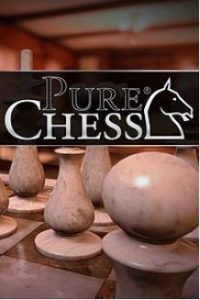 Chess is all about the challenge. So whether you’re playing online against up-to 8 friends at any one time; matchmaking with the existing Pure Chess community of over 2.5 Million players; or head-to-head against the AI, there’s always a game to play, when you want to play. Developed with the aid of a respected chess Grandmaster, the game features a depth of tutorials for players of all ages to learn and improve the game. Pure Chess also has a powerful and finely tuned AI setting, across ten levels, so you can play at the ELO best suited to you. The better you are, the more challenging the AI can be. 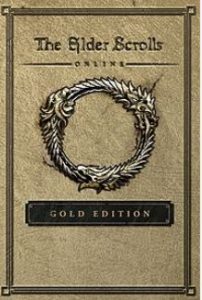 The Elder Scrolls Online: Gold Edition comes bundled with 4 DLC Game Packs. Imperial City: Join a PvP-focused battle for the ancient seat of power at the heart of the Empire. Orsinium: Aid the Orcs as they rebuild their great capital city in the snow-capped mountains of Wrothgar. Thieves Guild: Become the newest recruit in the infamous guild of pickpockets, burglars, robbers, and thieves in a dangerous port city of Abah’s Landing in Hew’s Bane. Dark Brotherhood: Join the merciless guild of assassins, the Dark Brotherhood of the Gold Coast, and carve a bloody swath across Tamriel.

The Elder Scrolls goes online with no game subscription required. Experience the world of Tamriel on your own, or together with friends, guild mates, and thousands of other players.

Click here to purchase The Elder Scrolls Online: Gold Edition for Xbox One from the Xbox Games Store 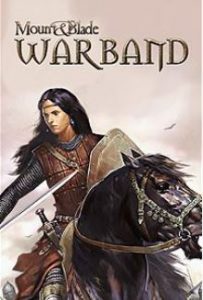 Mount & Blade: Warband is the iconic entry in the series that brought medieval battlefields to life with its realistic mounted combat and detailed fighting system. Features free-form sandbox gameplay with more than a hundred unique locations including villages, castles and towns, horseback combat and a highly advanced and intuitive sword-fighting systems. You can become anything from a lonesome adventurer to a ruler of a faction. Join multiplayer battles with up to 32 players, including Deathmatch, Team Deathmatch, Capture the Flag, Conquest, Battle, and Siege modes. 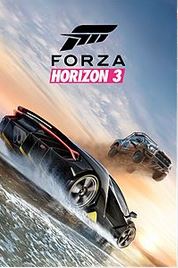 Forza Horizon 3 launches globally for Xbox One and Windows 10 PC on Sept. 27 (Sept. 29 in Japan) and those who pre-ordered the Ultimate Edition will drive early on Sept. 23. However, you won’t need to wait long to begin your Australian adventure, because the free Forza Horizon 3 demo launches today on Xbox One!

In Forza Horizon 3, you’re the boss of the Horizon Festival – the biggest and best cars and music festival in the world. Your goal is to expand the festival to new locations throughout Australia and you’ll get your first taste of what that experience is like in the demo. Along the way, you’ll be able to explore a portion of Forza Horizon 3’s map, while taking a guided tour through some of the best features that the game has to offer. 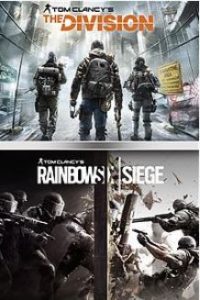 Dive into the ruthless universe of the Tom Clancy franchise with this double-pack edition featuring Rainbow Six Siege and The Division.

TOM CLANCY’S THE DIVISION New-York City, today. An unprecedented pandemic has struck the city during the fever of Black Friday. One by one, basic services fail. In only days, without food or water, society collapses into chaos. You’re part of the Division, an autonomous unit of tactical agents trained to operate independently. Your mission: protect what remains and restore hope. 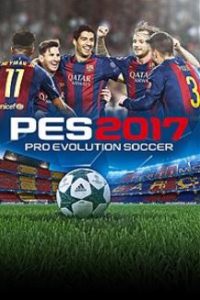 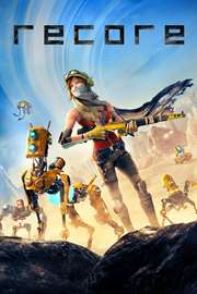 From the legendary creator Keiji Inafune and the makers of Metroid Prime comes “ReCore”, an action-adventure masterfully crafted for a new generation. As one of the last remaining humans on a planet controlled by robotic foes bent on your destruction, you must forge friendships with a courageous group of robot companions, each with unique abilities and powers. Lead this band of unlikely heroes on an epic adventure through a mysterious, dynamic world. You can’t save mankind alone.

Supports Xbox Play Anywhere: Yours to play on both Xbox One and Windows 10 PC at no additional cost! 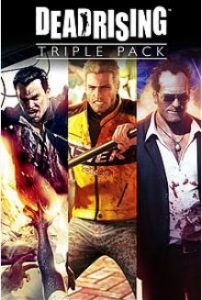 Dead Rising – Frank West, a freelance photojournalist on the hunt for the scoop of a lifetime, pursues a juicy lead to a small suburban town only to find that it is being overrun by zombies!

Dead Rising 2 – Step into the shoes of Chuck Greene, professional motorcycle racer. Surrounded by a horde of hungry zombies in the spectacular casino town of Fortune City, Chuck finds himself in a race against time to find Zombrex, the one thing that can keep Katey, his young daughter, alive. 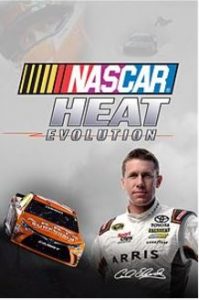 For the first time on Xbox One, race as your favorite NASCAR Sprint Cup Series drivers across all 23 licensed NASCAR tracks in stunning HD with incredibly detailed environments. Get ready for the most fun you’ve had with a NASCAR game in years! Whether you’re a casual racer or die-hard sim fan, NASCAR Heat Evolution will adjust to your skill level with a brand new AI and Speed Rating system that applies the right amount of challenge for you. In addition to quick play races you can build your own team from the ground up, and race your way to the Sprint Cup Championship in Career mode. 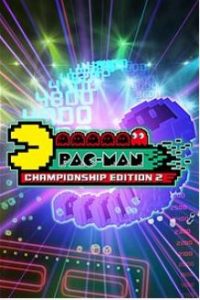 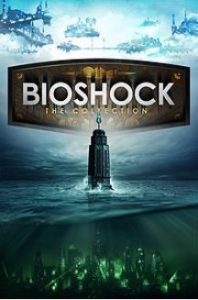 Return to the cities of Rapture and Columbia and experience the award-winning BioShock franchise like never before, beautifully remastered in 1080p. BioShock: The Collection contains all single-player content from BioShock, BioShock 2, and BioShock Infinite, all single-player add-on content, the “Columbia’s Finest” pack, and Director’s Commentary: Imagining BioShock, featuring Ken Levine and Shawn Robertson.

BioShock BioShock is a shooter unlike any you’ve ever played, loaded with weapons and tactics never seen. You’ll have a complete arsenal at your disposal from simple revolvers to grenade launchers and chemical throwers, but you’ll also be forced to genetically modify your DNA to create an even more deadly weapon: you.

BioShock 2 Set approximately 10 years after the events of the original BioShock, the halls of Rapture once again echo with sins of the past. Along the Atlantic coastline, a monster has been snatching little girls and bringing them back to the undersea city of Rapture.

BioShock Infinite Bring us the girl, wipe away the debt. The year is 1912. Deep in debt, Booker DeWitt has only one opportunity for a clean slate: rescue Elizabeth, a mysterious girl imprisoned since childhood in the flying city of Columbia.

Click here to purchase BioShock: The Collection for Xbox One from the Xbox Games Store 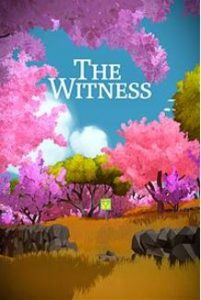 You wake up, alone, on a strange island full of puzzles that will challenge and surprise you. You don’t remember who you are, and you don’t remember how you got here, but there’s one thing you can do: explore the island in hope of discovering clues, regaining your memory, and somehow finding your way home. The Witness is a single-player game in an open world with dozens of locations to explore and over 500 puzzles. This game respects you as an intelligent player and it treats your time as precious. There’s no filler; each of those puzzles brings its own new idea into the mix. So, this is a game full of ideas. 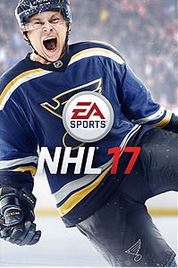 Shape Your Legacy in NHL® 17, the biggest and most exciting hockey game to date. Whether you compete online in a bid for glory, live out your ultimate hockey fantasy in offline single player modes, or simply lace up and jump over the boards for exciting and innovative hockey gameplay – NHL 17 gives you the chance to Shape Your Legacy on and off the ice. Own Every Zone with more end-to-end control with Authentic Goalies, all-new Net Battles for offensive and defensive zone play, and thrilling new goal celebrations that capture the excitement of scoring the biggest goals on game night. Live out your ultimate hockey fantasy in all-new modes, including Draft Champions, the World Cup of Hockey, or manage the business in Franchise Mode. 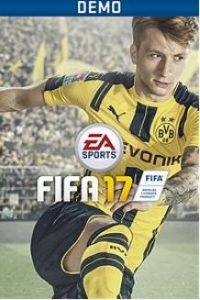 FIFA 17 immerses you in authentic football experiences by leveraging the sophistication of a new game engine, while introducing you to football players full of depth and emotion, and taking you to brand new worlds accessible only in the game. Complete innovation in the way players think and move, physically interact with opponents, and execute in attack lets you own every moment on the pitch. 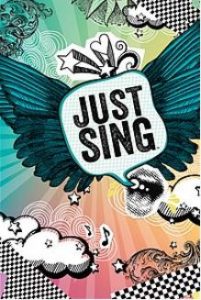 Create your own music videos with Just Sing. Sing or lip sync to your favourite songs – from the hottest hits to all-time classics. A smartphone is all you need to get the party started! Simply download the free Just Sing Companion App to your smartphone, sync it with your console and use your smartphone as your microphone and camera. With Just Sing, easily create memorable videos with up to 3 friends by changing themes and filters as you perform. Save your video locally to keep track of the fun or share it with your friends! 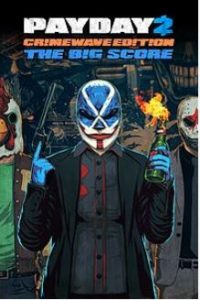 PAYDAY2 – THE BIG SCORE Game Bundle is the total package. It comes complete with the PAYDAY 2 CRIMEWAVE EDITION game, plus THE BIG SCORE DLC Bundle! It’s all things PAYDAY 2, in one place. This complete bundle comes loaded with content including, heists, weapons, characters, masks and more! It is the biggest score in the history of PAYDAY!

To check out the games added last week to the Xbox One library, click HERE.

To check out the games currently discounted on Xbox One with the Deals with Gold and Spotlight Sales, click HERE.