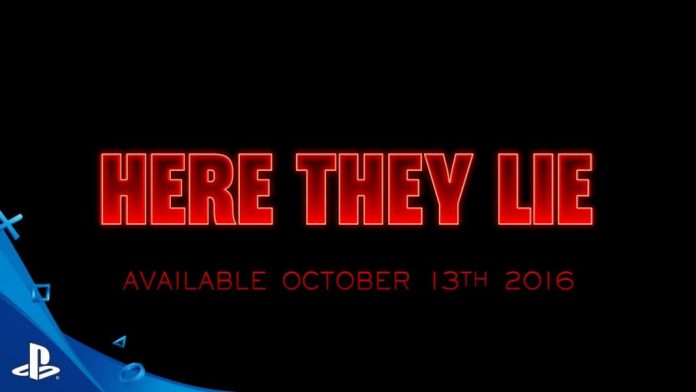 The launch trailer for VR horror title from Santa Monica Studios – Here They Lie – has been revealed and it’s amazing in its ability to unnerve – and that’s just the trailer. Check it out below.

What was that?? Who were the people with horse heads and other animal heads? Why is the girl late for her train? What was that yellow thing on that girls face?? Why am I confused and scared now? Basically, Here They Lie looks like an amazing horror title from Sony and Santa Monica Studios that appears from this trailer to have some possible inspiration from BioShock with the dark and gloomy way the city looks, the oddball looking characters and the definite creepy themes.

Anyway, Here They Lie looks incredible, it’s a great advert for PlayStation VR I just wish the trailer could have shown a little bit more of the VR capability – although admittedly that’s a tough stretch for a trailer! Here They Lie is exclusively available on PlayStation 4 (VR) from October 13th.

What do you think about Here They Lie? Does it looks like it’s right up your street? Or would you be too scared to go up that street…? Let us know in the comments below, the RGM Forums or Twitter.