It’s now been a year since Travellers Tales released their biggest instalment in the Lego video game franchise, Lego Dimensions. Bringing together multiple brands, and branching out into the toys-to-life genre made popular by Activision’s Skylanders series and Disney Infinity by releasing playable characters and vehicles as actual Lego toys, it opened up a world that many older gamers would have dreamt of.

Released on all major platforms, Lego Dimensions adventure started with the Starter Pack. You would get a big box of bricks, and using in-game instructions had to build not only a dimensional portal, but the three main characters of the story mode. To highlight the mashing up of franchises, you were given Wyldstyle from The Lego Movie, Gandalf from The Lord Of The Rings, and Batman and his Batmobile. Each character had different abilities, for instance Gandalf had magical powers to levitate parts of the environment and the ability to light up dark areas; Wyldstyle would be able to manipulate Lego bricks and build new creations as a “Master Builder”; Batman had a grappling hook and batarang to solve certain puzzles. These three would be the main group through Lego Dimensions‘ main story.

This story had a level set in each involved franchise, with a different style given to certain ones. The Scooby-Doo level, as an example, changed the graphical style to a cell-shaded look to portray the animated series. Other universes visited by our three heroes included Lego Ninjago, Portal, The Simpsons, Back to the Future, Ghostbusters, Doctor Who… Already, that’s quite the combination.

Where Lego Dimensions really took the toy box idea to the next level was the ability to play as characters from each franchise in any other level. Packs were released where the player would receive the pieces to build a Lego figure and assorted items, and place them on the Dimensional Portal built-in the Starter Pack. Upon doing this, the figurine would appear on-screen in the virtual world, fully playable with various abilities like the three starter characters. Not only this, but these new additions would unlock a new hub world for the player to explore. Each world featured multiple side missions and interactions, with an attention to detail that would make any fan’s heart melt. 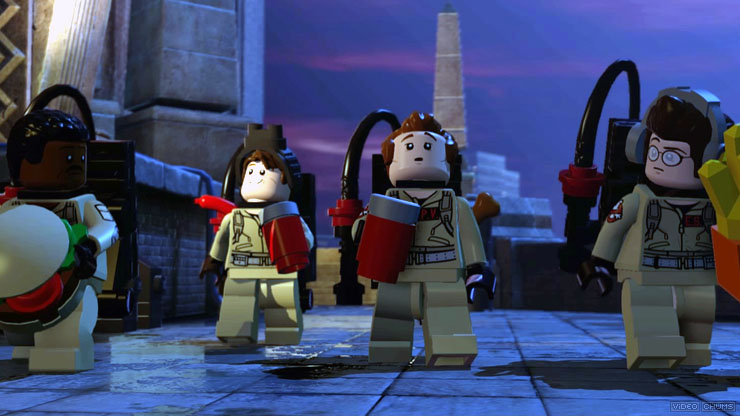 These packs didn’t come cheap, so to counter that Travellers Tales included an option to “Rent A Hero”, so any inaccessible puzzle or area to collect items were not off-limits to the average player. For a certain amount of in-game Lego studs, you could swap the character you were controlling for one with the abilities to manipulate the Lego world that you otherwise were unable to. This would only last a minute, but gave players the opportunity to try out new characters. However, you could only unlock a new world by purchasing a relevant character.

On top of the lengthy campaign, other levels were available through Level Packs. These would feature a new story level to play through based on the relevent character purchased. The Back to the Future level pack recreated a shortened version of the first movie, with cut scenes both parodying and lovingly recreating specific scenes. The Simpsons level pack was based on the episode “El Viaje Misterioso de Nuestro Jomer (The Mysterious Voyage of Homer)”, including the voice of the late Johnny Cash. The Doctor Who level pack featured an entirely original story, following the Twelfth Doctor (Peter Capaldi)’s adventure to stop another Dalek invasion, also having to deal with other enemies from the series such as Cybermen, Weeping Angels and The Silence. This pack is a particular favourite of mine, as the level and the accompanying hub world packed in a lot of details for both new and old fans of the 50-year-old franchise. 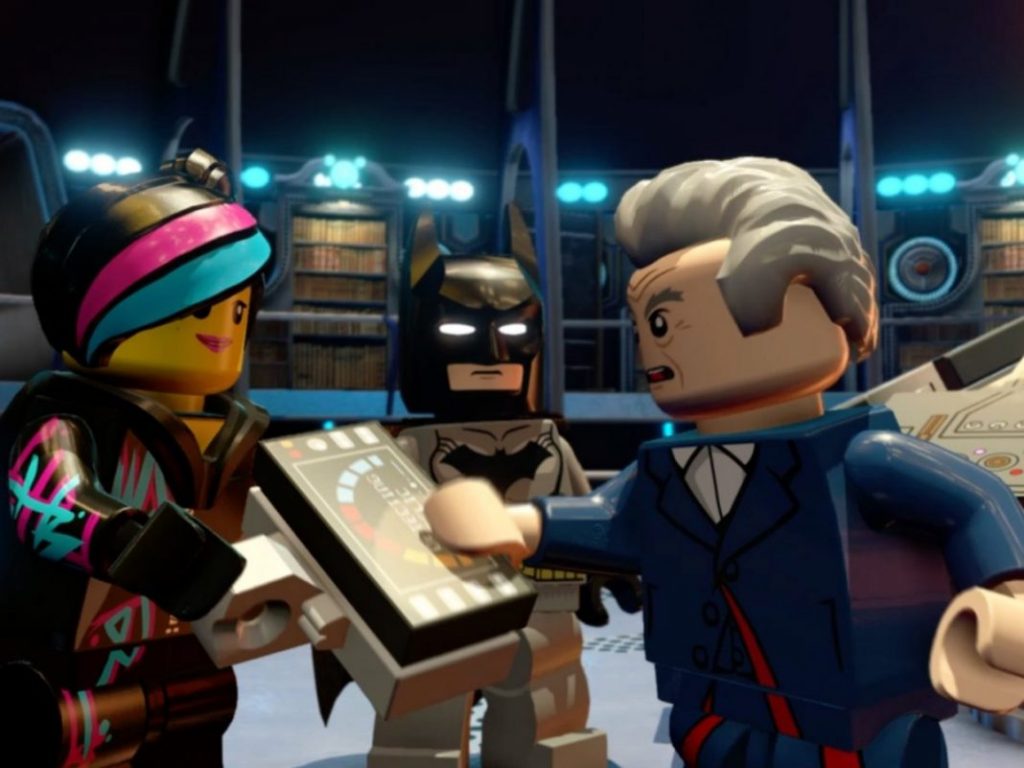 The large amount of content available for the hardcore collector meant lots of gameplay was on offer. Replaying previous levels with new characters wasn’t a chore, but an enjoyment for fans of the franchises. Being able to unlock new areas with new characters was a fun way of keeping the game fresh after the story was over, as well as a lucrative money-making idea through purchases of the many, many packs available. On top of all this, each character is voiced by the original actor wherever possible, via new dialogue or archived audio.

But despite the multiple franchises on offer, there was always a nagging sensation that there wasn’t enough. Playing with a party featuring Frodo Baggins, Marty McFly, Peter Venkman, Batman and Krusty the Clown might be something to behold, but then you think “wouldn’t it be great if I could also play as…”

Travellers Tales must have anticipated this train of thought, as within a few weeks the first wave of Year Two releases, bringing a whole batch of new characters to the virtual table. The first wave alone features new content from Adventure Time, Mission:Impossible, Harry Potter and The A-Team. Following that, packs include Sonic the Hedgehog, The Goonies, Gremlins and E.T. 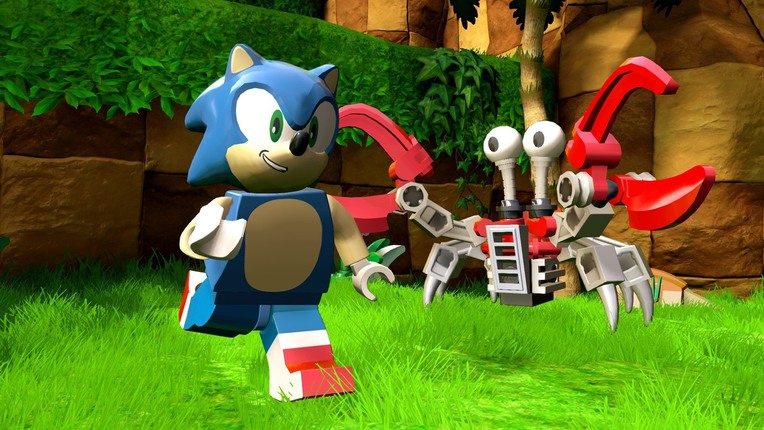 A new inclusion will be Adventure Packs, which feature multiple levels and a new Lego Portal base to build, with each new wave having one. Starting with Ghostbusters 2016, it will be followed by Fantastic Beasts And Where To Find Them, and The Lego Batman Movie. These will follow the plot of their respective movie, as well as continue the story from the original Starter Pack. 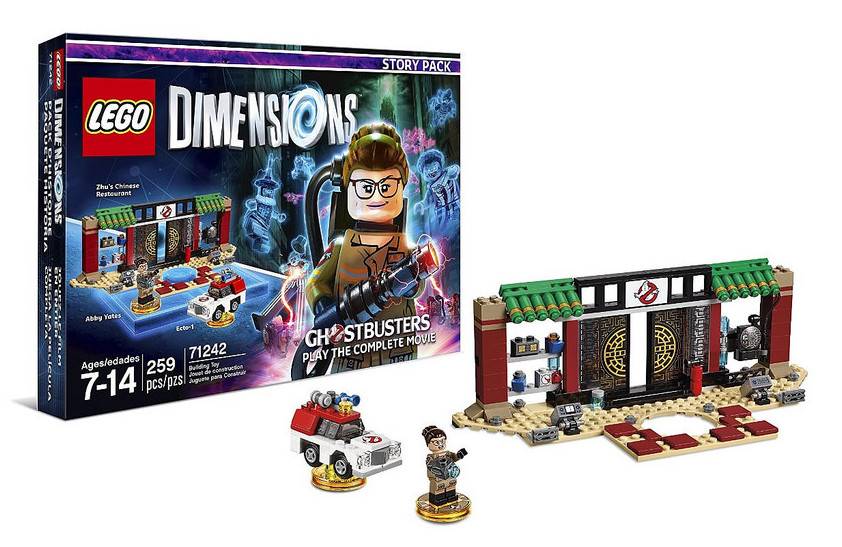 Year Two begins September 27th 2016, and requires the original starter pack. Those who already own it can jump straight in. Have you played Lego Dimensions? If so, what was your highlight from Year One? What are you looking forward to from Year Two? And what franchises do you hope might come along in Year Three? Let us know in the comments below.