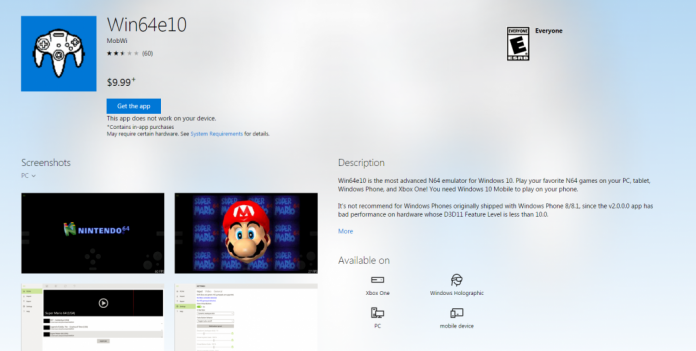 *update* As of this morning, XBOX ONE support has been pulled from this app. It is still available on PC and mobile.

Earlier this month, the NESbox emulator made headlines with a failed attempt at making it to the XBOX Store.

It appears another developer may have been successful in bringing Nintendo emulation to the XBOX One in the form of Win64e10. This appears to be an updated version of Mupen64plus which has been around for some time on the PC and Windows 10 store.

It’s only a matter of time before this gets pulled.