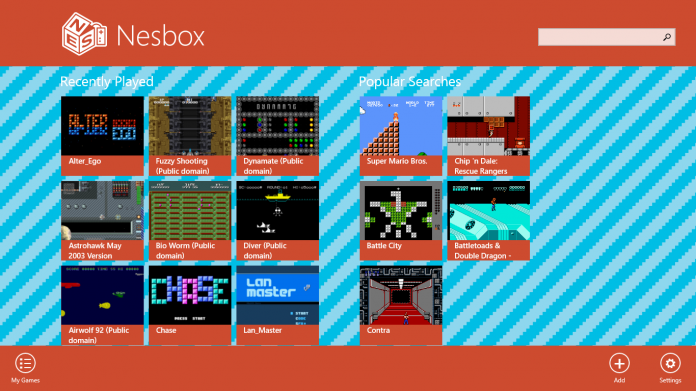 After being unapproved for Xbox One it looks like the NESBox application can be accessed on Xbox One via a work around with the Microsoft Edge Explorer.

just go to https://t.co/q0WDBQotzt on your X1 Edge browser

The application features OneDrive support for ROMs allowing easy access to load your game ROMs to the app.  Legally you need to own a physical copy of the game in order to use a ROM for it via an emulator application.

A tweet came out this morning from NESBox stating that they were told by Microsoft to remove Xbox support here is the tweet:

Microsoft says: "Your product was unpublished globally or from specific markets". They want me to remove xbox platform support and republish

NESBox, an application that allows you to load and play ROMs, has been approved for Windows 10 and Xbox One. A tweet came out yesterday from NESBox’s official twitter page stating the following:

Good news everyone! #nesbox has passed certification and will appear in Windows Store for XBox One soon. pic.twitter.com/NSD3HnriLw

It is a bit surprising, however, there may be a reason as to why it was approved. Information I gathered via Destructoid claims you cannot obtain ROMs via the app and must go to outside sources to find them. Emulation is not legal but given that the app doesn’t provide users with emulations from within, it may have squeaked by the approval process.

What are your thoughts on the NEXBox emulator for Windows 10 and Xbox? Do you think this will become available or be struck down by other game publishers? Let us know in the comment section or in the RGM forums.