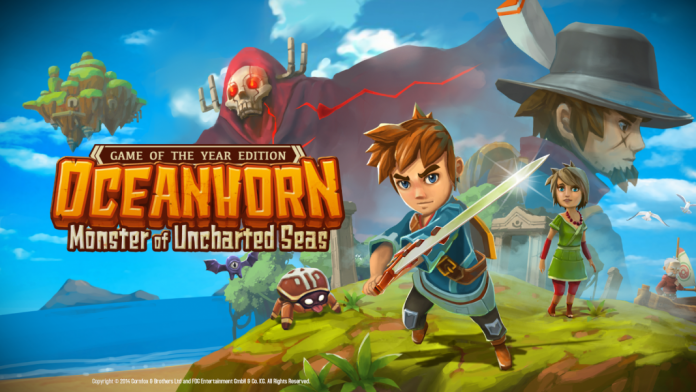 They say that imitation is the sincerest form of flattery. If that’s true then Nintendo’s Legend of Zelda should be pretty damn flattered by Cornfox & Bros. action adventure title, Oceanhorn: Monster of Uncharted Seas. While it does borrow many features from the popular franchise, don’t assume from my last comment that it’s not an enjoyable experience. Once you move past the “Yeah, it’s a bit like Zelda” moment, Oceanhorn will take you on an exciting foray into perilous adventure full of dark dungeons, deadly foes and a vast, open world just begging to be explored. The developers obviously have a lot of love for the Zelda formula and despite that influence being evident in many facets of the game, they have really given Oceanhorn a special something which raises it above the status of a mere clone and brands it with an authentic identity all it’s own.

The story begins with a tragic event – a son loses his father who falls at the hands (claws) of the deadly Oceanhorn, the titular bad guy who appears to be some kind of giant mechanized sea monster. You then take control of said son as he scours every corner in search of his lost dad as well as a number of ancient relics that can bring an end to Oceanhorn and brighten the darkness that threatens to shroud the land. Almost immediately, you are set loose on a large map covered mostly with water. Several islands are scattered about and it’s on these that most of the sword swinging action will take place. The story will usually push you in the direction of specific islands and each of the major ones have the usual environmental themes attached – there’s a desert island, a forest island, an icy island. You get the idea. The various landscapes are pleasantly presented with some beautiful attention to detail. The forest island was a highlight, eerily cloaked in mist with dazzling shafts of sunlight piercing the gloom. In contrast, the dungeons are quite ordinary from a visual perspective, looking very similar to each other with sometimes only a dull flourish to differentiate them such as a few ice crystals or rock formations. 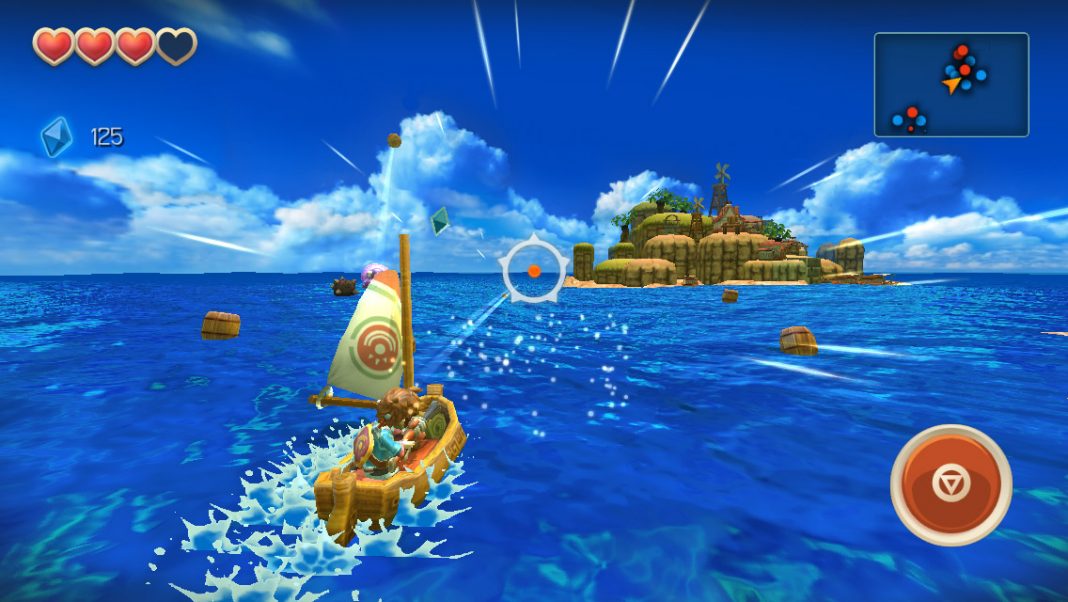 Anybody who has played a Zelda title or for that matter, any isometric action adventure, will have some idea of the style of play gamers will encounter in Oceanhorn. It follows a tried and true formula that while not evolutionary within the genre, is still fun to experience and subtly keeps players anticipating the next dungeon, island or item upgrade. Items play an important role in progression and all the usual suspects are present including bombs for finding hidden caves, a bow and arrow for striking unreachable targets and even a fishing pole for catching that elusive whopper. In fact, the fishing constitutes it’s own little mini-game within Oceanhorn with a global leaderboard ranking those with the best angling skills.

Fighting is a simple process, perhaps lacking a little depth to make it more exciting. While you can use bombs and other items in combat, I found myself relying almost solely on mashing the sword strike and defending with the shield when required. I think Oceanhorn really shows it’s iOS origins in this regard as the fighting became quite samey after a while with no real extra moves or strategy required outside of the excellent boss sequences. The bosses are easily one of the best aspects of the game. In addition to looking impressive, they force you to think creatively and use the items in your inventory in order to achieve victory. No amount of sword spamming will take these monstrous beasts down! 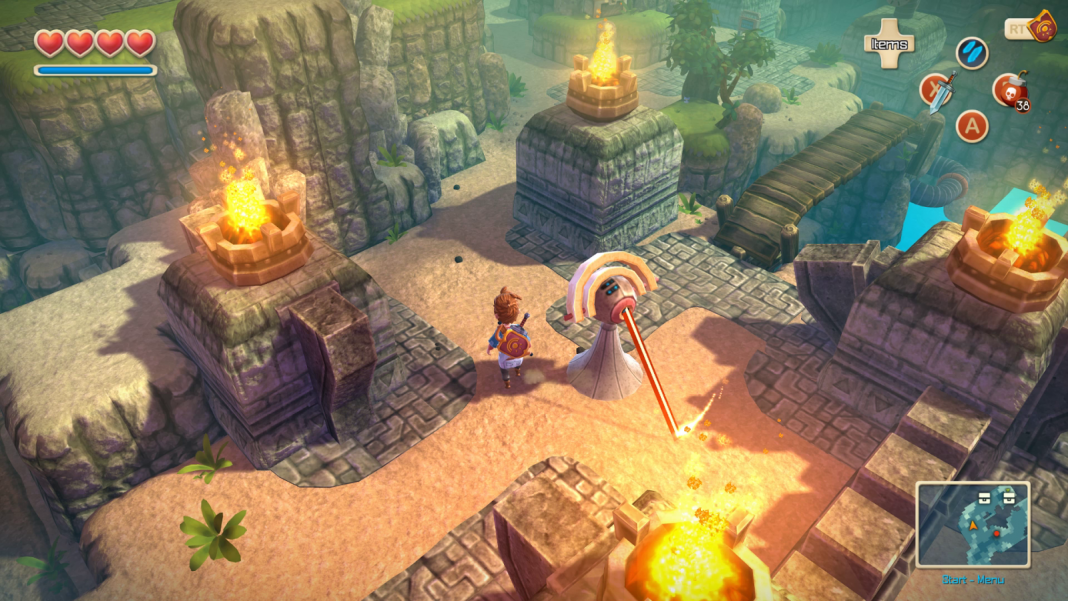 Who could forget that iconic theme music from the Zelda series? Oceanhorn has an impressive pedigree when it comes to it’s score with Kenji Ito and Nobuo Uematsu providing some of the compositions. These two are responsible for many of the best gaming soundtracks in history including Final Fantasy and Chrono Cross. With this kind of talent, Oceanhorn is certainly a rare treat in terms of it’s music with many uplifting tracks to accompany the action. Sound effects are consistently excellent and even the dialogue during cutscenes is well voiced and professional.

Perhaps the biggest complaint I have about Oceanhorn is arguably the element that the game really nails. It is unabashedly derivative but I have a hard time calling that out as a negative when it is developed to such a high standard. It may ape all the best features of Zelda but it does so with such charm and obvious love for the famous Nintendo series. When it comes down to it, Oceanhorn establishes itself as an enjoyable, original undertaking despite utilizing some of the best aspects of similar games. Combat could have benefited from a little more depth but it is still enjoyable nonetheless. Anyone looking for a thrilling adventure game will find a lot to love about Oceanhorn!