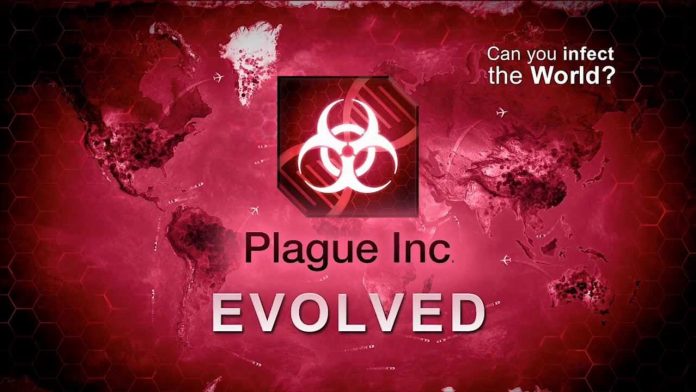 There is is. Aaah, can you feel it washing over you? I can. Last week on Something For The Weekend, I reminded or maybe even introduced you to the wonders of FTL: Faster Than Light. A modern day classic that is possibly harder to beat than Dark Souls. But I digress, that was then, this is now. And now, I want you all to eradicate the human race in Plague Inc: Evolve.

That’s right, the strategy, resource management game whereby your sole aim is to kill every person on the planet in a deadly pandemic of your choosing. And being a disease is so much more fun that you would ever have expected. You could be a bacterial disease, a viral disease, a parasite or many more including Necroa…otherwise know as the Zombie Virus. Anyway, for starters, check out the Official Launch Trailer below.

The sounds are eerie, the gameplay is smooth and easy to pick up, and defeating the game as the various types of disease are challenging and all different enough to make it very engaging. Basically though, when you start trying to kill off the human race, you wont want to stop until you’ve done it a couple of times and you track the last vestiges of humanity holding out in an otherwise dead world.

You can pick up Plague Inc: Evolved on PC, PlayStation 4, Xbox One, and on Mobile for iOS and Android.

Have you infected the world? Would you recommend this as well? Let us know in the comments below, the RGM Forums or on Twitter.