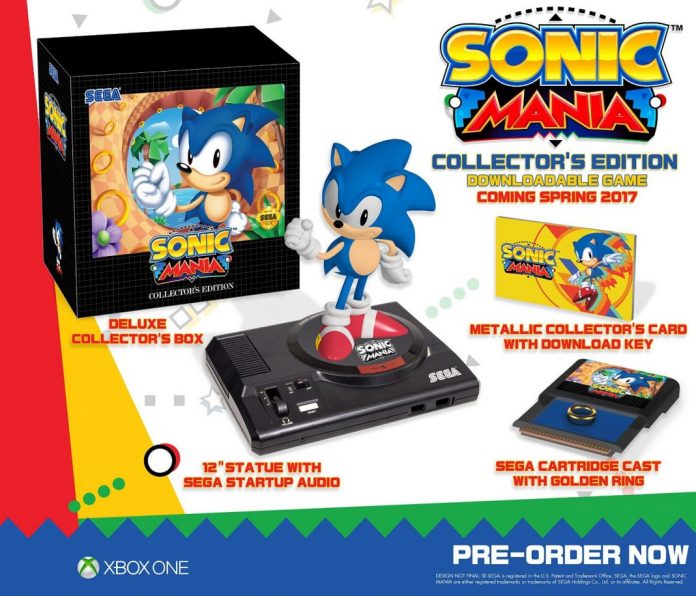 Sega has announced confirmed that the Sonic Mania Collector’s Edition will be launching in North America on May 31st 2017 and will cost 69.99 USD. Here is what’s included in the collector’s edition via Amazon:

This is a very retro collector’s set as I own the original Genesis myself that is the base for the Sonic statue. It should make for a very welcome addition to any Sega fan’s game library! The collector’s edition is up for preorder now on Amazon for PC, PlayStation 4, and Xbox One!

What do you think of the announced collector’s edition and will you be purchasing it? Leave us your thoughts below or in the RGM forums.