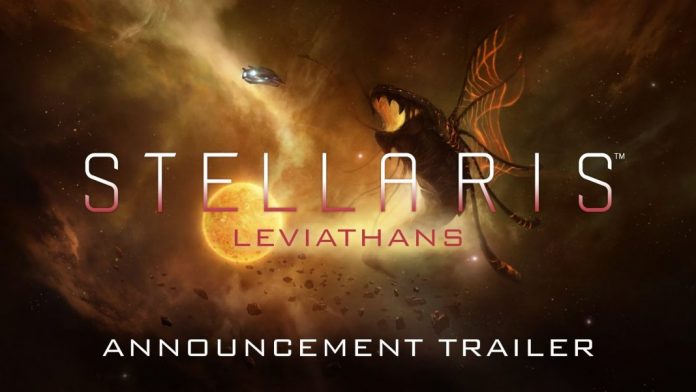 Paradox Interactive, developers of the trilling game Stellaris, have announced the introduction of the Stellaris: Leviathans Story Pack with the release of a trailer. In Stellaris: Leviathans, the galaxy will be filled anew with adventure and challenge as your new and naïve space-faring empire comes face-to-face and ship-to-ship with a host of dangers and rewards.

Watch the trailer below:

A very unusual video with little in terms of information but from the offical game website we got the following information:

Guardians: Stationary societies that have built defenses throughout a system to protect something of great value.

Enclaves: Independent outposts of traders or mercenaries who are willing to make a deal.

War In Heaven: Where will your fledgling empire lie if two ancient Fallen Empires decide to renew old grievances in a War in Heaven?