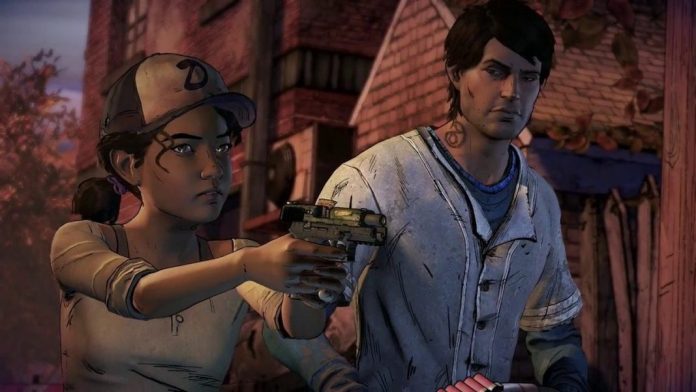 Don’t you just love it when retailers let things slip before they’re meant to? I mean, we’ve been here before countless times, but come on, seriously?

Usually it’s someone like Amazon who drop the ball but this time it’s Australian retailer JB Hi-Fi who have done so by just casually and in a typical Australian “Oh well, screw it” fashion have listed The Walking Dead – A New Frontier by Telltale Games on their website for PlayStation 4 and Xbox One and just popped the release date on there. Not even using any fancy graphics. Not even a Clip Art. The apparent release date in Australia is due for November 15th. 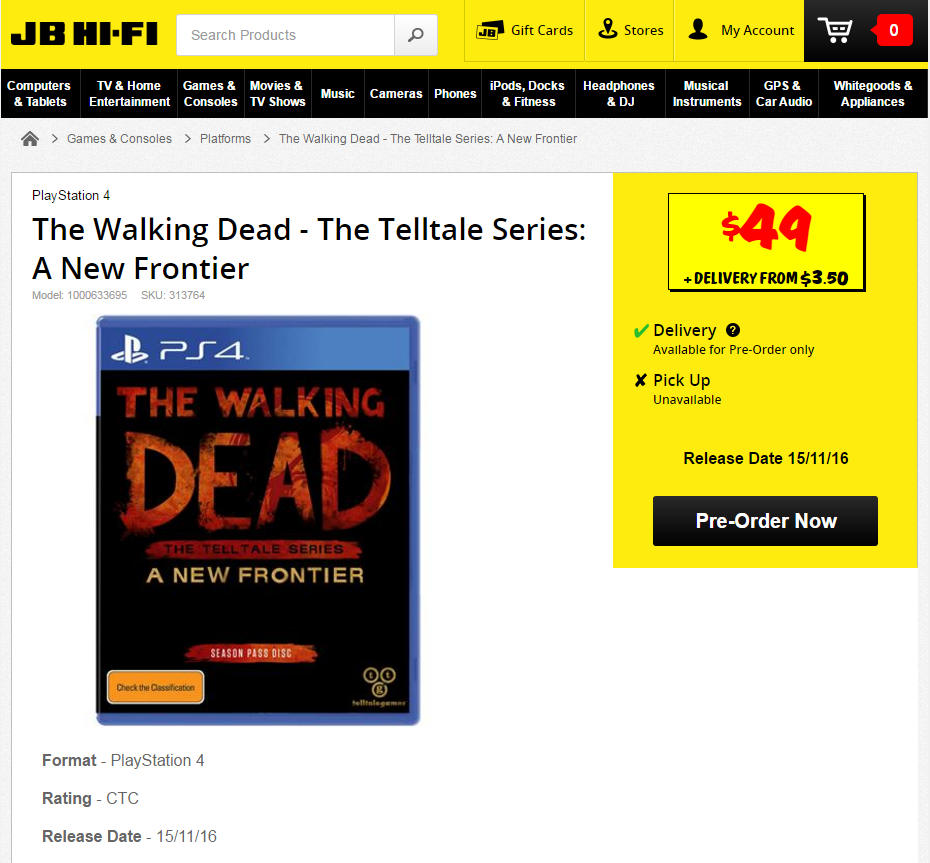 I mean…come on! I know it might look confusing having the date in the logical Day/Month/Year format, but to just like pop it on there without any kind of fanfare is just kinda lame. Come on Australia, pick it up!

Wait…what? Amazon UK also put the release date on? In the UK? And it was after the Australian release date? November 18th? Sigh. And there I thought the Australians didn’t really do gaming as such with their strict censure laws, and they just come along and *poof* are getting the third game in The Walking Dead series before others.

Hang on. No…say it isn’t so. After all of this, not only was the release date “leaked” in Australia and apparently the UK. It is also on the Amazon US website…also for November 15th? What the hell Telltale Games??? Why are you being so harsh to us UK gamers in giving us the game 3 whole days later?

In all honesty, this is no problem, 3 days? It’s nothing, the exciting news it that The Walking Dead – A New Frontier is pretty much confirmed (barring any official announcement from Telltale Games) for the middle of November and that can only be good news for gamers the world over!

The Walking Dead – A New Frontier will pick up a wee while after the seismic events at the end of Season 2 and will be set 4 years after the man, the myth, the legend that was Lee Everett graced the zombie filled Georgia landscape. Check out the trailer from E3 2016 below.

Are you excited for the return of Clementine? Will you be following the events of Season 3? Let us know in the comments below, the RGM Forums or on Twitter.