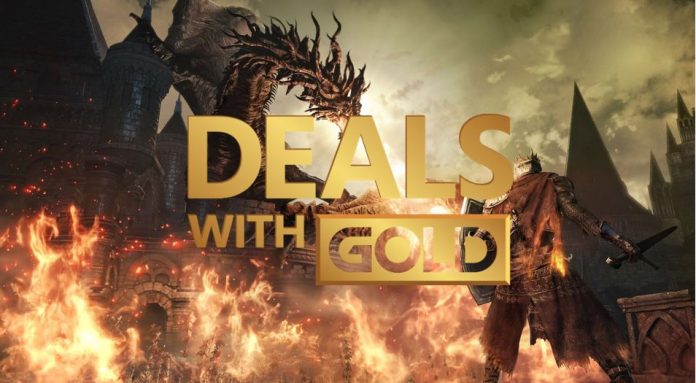 The Deals with Gold and Spotlight Sale for the week of September 5th have arrived.

Normally we have to deliberate for a while to decide upon what our recommended pick up for the week will be, however this week it was a piece of cake, unlike the game we are recommending……………

This week’s RGM recommended purchase from the Deals with Gold and Spotlight Sales is……… Dark Souls III.

Winner of Gamescom 2015 “Best RPG” and over 35 E3 2015 Awards and Nominations, DARK SOULS™ III continues to push the boundaries with the latest, ambitious chapter in the critically-acclaimed and genre-defining series. As fires fade and the world falls into ruin, journey into a universe filled with more colossal enemies and environments. Players will be immersed into a world of epic atmosphere and darkness through faster gameplay and amplified combat intensity. Fans and newcomers alike will get lost in the game hallmark rewarding gameplay and immersive graphics. Now only embers remain… Prepare yourself once more and Embrace The Darkness!

Here’s the full list of what’s on offer to be purchased at a discount this week on Xbox One and Xbox 360: