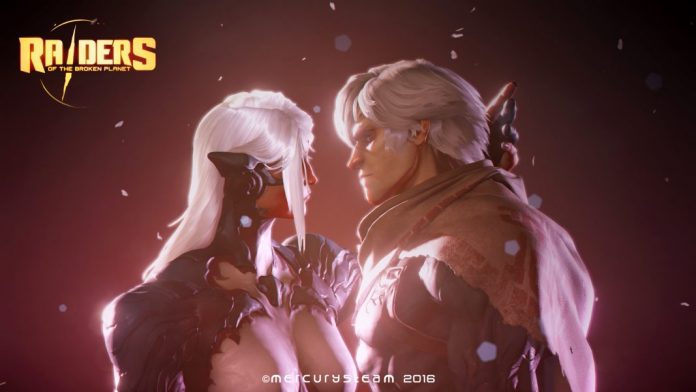 MercurySteam, the award winning independent development studio from Madrid – Spain is excited to announce that its upcoming online 4 vs 1 asymmetric sci fi adventure Raiders of the Broken Planet will be scored by award winning film and game composer, Oscar Araujo.

Oscar has previously worked with the studio on several video game scores including the Castlevania: Lords of Shadow series of games, as well as American McGee presents Scrapland. Oscar’s work on the Castlevania games is considered by many to be one of the greatest game scores ever produced.

“Having Oscar back to help us deliver something truly memorable for Raiders is something we are all very excited about,” said Enric Alvarez, the Game Director. “He always brings something exceptional to a score that adds oodles of atmosphere and sets the scene for the World and the Characters in it. Our adventure in space needs a very different approach to Oscar’s previous work but nevertheless he is rising to the occasion with a score which suits the game perfectly”

“I feel very comfortable working with my friends at MercurySteam once again and I’m so excited by this world of adventure they are creating in Raiders of the Broken Planet” Remarked Oscar, “It’s really making me approach my work in a new way. My hope is that the game’s music will bring a stylish sense of adventure to the game.”

You can check out an exclusive track from the game “The Main Theme” by visiting Oscar’s Soundcloud page at https://soundcloud.com/oscararaujo/Raiders_Main_Theme

To learn more about Raiders of the Broken Planet and sign up for the beta program, join the community by visiting the
official forums at https://www.mercurysteam.com/raiders-of-the-broken-planet/hangout#

Raiders of the Broken Planet is a 4vs1 Online Sci-Fi Adventure: Fight the invaders teaming up with other Raiders, or turn the tables and storm into battle with those invaders fighting at your side! With its distinctive blend of shooting, brawling and thinking man’s strategy, Raiders of the Broken Planet is a mouth-watering proposition to gamers looking for an immersive, cinematic story coupled with intense and epic action.

MercurySteam is multi-award winning independent game developer based in Madrid, Spain. The studio is best known for successfully rebooting the Castlevania series for Konami which to date has shipped multiple millions of copies worldwide, garnered several industry awards and delivered the best-selling game in the series for the Japanese Corporation.

Oscar Araujo is an award winning film and game composer based in Spain. He has worked on many movies in his native country including Neon Flesh, El Cid: The Legend and soon to be released 73’. He is best known for his video game work on the Castlevania: Lords of Shadow series but has also provided scores to American McGee presents Scrapland and Severance: Blade of Darkness.

This can only be great news for MercurySteam and fans anticipating the arrival of Raiders of the Broken Planet that such a well renowned and accomplished composer is adding their talent to this game. I am certainly looking forward to hearing what he can bring to the game.

What do you think about this? Let us know in the comments below, the RGM Forums or on Twitter.