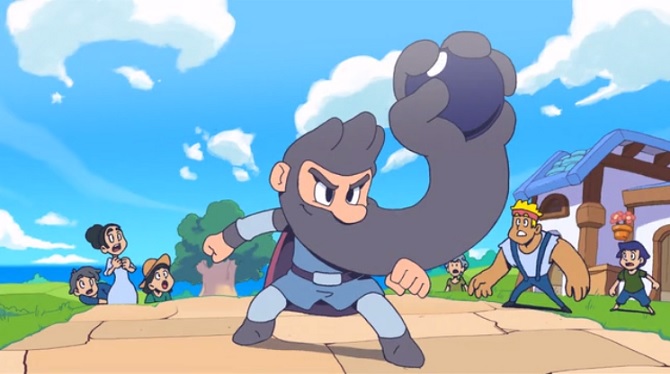 Live on kickstarter is a new indie title from developer Glovebox Games called Beard Blade. The game is a 2D action adventure game where the protagonist uses his beard to throw, attack and climb. Here is a montage of gameplay from the kickstarter project:

Here is what you can expect from the gameplay:

Beard Blade is being developed for PC and you can view the official kickstarter page here.

What did you think of Beard Blade and would you be willing to play a game that’s focused on beard puns? Let us know in the comment section or the RGM forums.