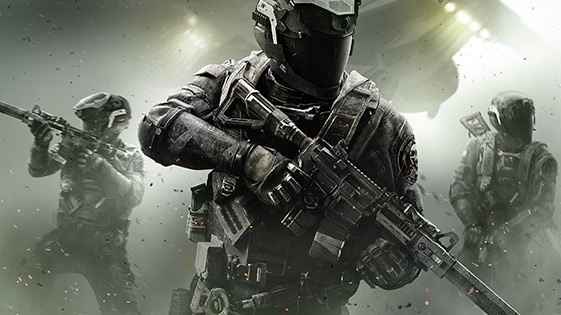 Despite the contention and apathy that seems to emanate from some people whenever you mention it, Call of Duty: Infinite Warfare is coming and looks like it’s going to be well-built and a lot of fun. If you can’t wait to get your hands on the newest Infinity Ward shooter, then you won’t have long to wait. The Infinite Warfare beta drops this weekend for PS4 players (October 14th) meaning you can put the multiplayer through its paces before it releases in November.

In anticipation of this, Activision have released a new trailer on the official Call of Duty YouTube detailing some of the weapon crafting and customisation options that will be available.

Without giving too much away, did you see what happens when you get to a 25 kill streak!!!!!!

Players can get access to the beta by pre-ordering the game from any participating retailers. The beta takes place across two weekends starting this weekend exclusively for PS4 players. Xbox One players get to join PS4 players the following weekend, beginning October 21st, providing they have pre-ordered the game and received confirmation of their beta access.

Are you signed up for the beta? Do you have any long-standing customisation preferences? Let us know in the comments below or on the RGM Forums.