Sales figures are a contentious beast. Where they definitely reflect the most popular and successful item at the time, they do not necessarily reflect the best, more compelling, or most suited to individual preferences. They reflect a catering to most, not everyone. But as it usually goes, what determines a success for a game is how well it sold. That might seem really obvious as a statement, because the money and time invested needs to be shown in as many extra zeroes as possible.

Alas, this is when we see critically acclaimed games lose out in their franchises, because they may have been stellar games, they did not receive ‘commercial success.’ That is key, I feel there is a definitely a difference between being successful and ‘commercial success.’ A game that sells more doesn’t necessarily make it the best. I would argue that Volbeat is a much better musical group than anyone in the Top 10 of the charts, but have they sold as many records as Justin Beiber or Rihanna? Probably not.

I think the recent football (or soccer for my American friends) games help demonstrate this. FIFA is often the go to football, having the names of the players and the premier league backing and official licences, those who are looking for the most authentic experience head for the FIFA camp. And rightly so, in previous years FIFA has been the dominant force in providing the experience football gamers want. From the feedback on social media and some of the reviews I have read, FIFA 17 is somewhat of a mis-step, though I haven’t played it myself to verify, the consensus was that FIFA 16 is reportedly better.

Pro Evolution Soccer (PES) has been more the underdog in recent years. Purists insist that it is the more technically advanced as opposed to FIFA, but often lacks on the grabbing football fans as they miss out on the squad names and the official teams. They don’t have an “ultimate team”, an electronic sticker book for Generation ‘Y’. But despite their struggles, they persevered and it seems they scored the better reviewed game in PES 2017. 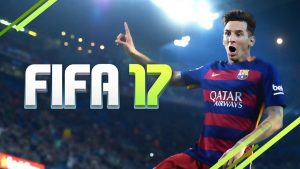 Alas, this has not affected sales. It has been revealed on Reddit, via an information analysts post on Twitter, that FIFA 17 not only had the most sales in the first week on sale in the UK, but beat PES 2017 by more than 40 times! Doesn’t matter which way you slice it, that’s impressive. More than 1.1 million copies of FIFA 17 were shifted in the first week in the UK where PES 2017 is approaching 500,000 (50k). In fact, it is reported that FIFA 17 has beaten the sales target set by its predecessor FIFA 13.

Of course, there are extenuating factors to this. FIFA 17 released the same week that Sony’s PlayStation 4 500GB original model received a huge discount (down to £149.99), presumably clearing through the older stock before the slim and Pro release. If FIFA 17 was released, or EA authorised a bundle at the same time, then you can probably imagine what happened to sales. I believe PES 2017 also received a substantial price drop from Konami, but for a short amount of time.

Do you play either of the games? Which was your game of choice? Do you think sales figures are important? Let us know in the comments below or on the RGM Forums.