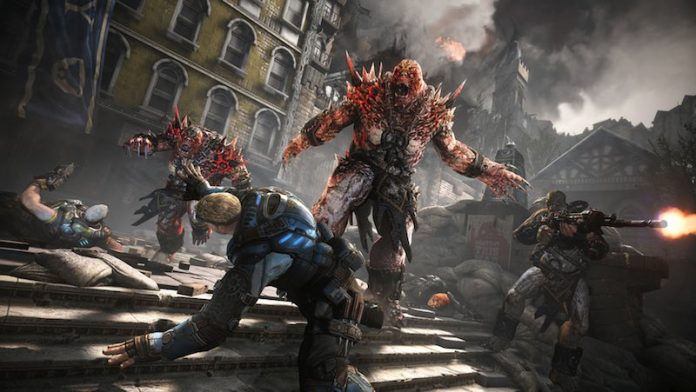 It’s more than likely that if you’re an Xbox player, you’ll have dabbled in a Gears of War title at some point. Well if you have, you’re about to be rewarded, if you’re intending on playing Gears of War 4.

Making the announcement on the Gears of War forums, the community manager for The Coalition detailed the upcoming ‘legacy rewards’:

EXCLUSIVE LEGACY EMBLEM
The ‘First Wave’ Emblem is will be immediately available in the Customization menu, featuring a Gear carrying an old COG banner under a new dawn. This special Emblem is exclusive to fans who have played previous Gears games on the Gamertag playing Gears of War 4.

BONUS OPERATIONS PACK
Eligible Legacy players also receive a bonus ‘Operations Pack’. These Packs contain one guaranteed customization item and four cards of any type. These will be sent via Xbox Live message – redeem the code provided to claim the pack. The codes will expire December 31st 2016.
Offering some clarification on this, the community manager gave some more details:

“The Operations Pack will be delivered beginning today and roll out throughout the week. Don’t fret if you have yet to receive your code – they are being sent over time. We will post an update when distribution has finished. Additionally, your Emblem unlock does not require a code and has been unlocked separately to qualifying Gamertags.

As an additional note, simply having booted a previous Gears of War title while connected to Xbox Live qualifies you for the Legacy Reward. You do not need to have any achievements in those titles to qualify.”

So there you have it, new emblems and customisations for being a Gears fan. Sounds good to me, especially seeing though I have played every Gears of War game to date. Can’t argue with something for nothing that’s for sure.

Let us know what you think in the comments below or on the RGM Forums.