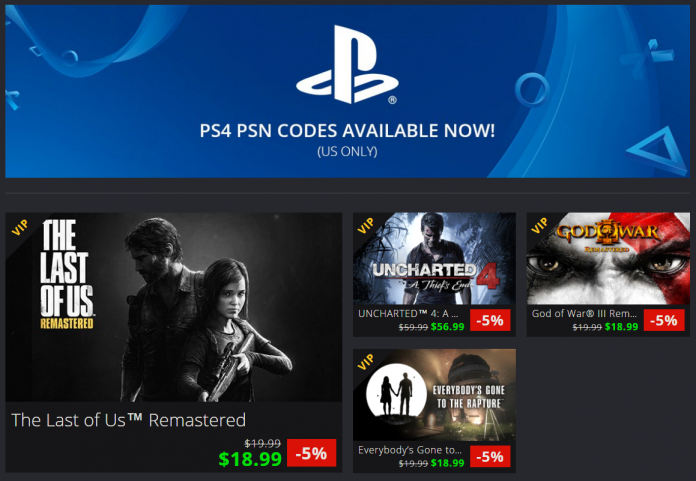 Well known online retailer, Green Man Gaming, has partnered with Sony to sell PlayStation games digitally. The announcement comes via a post on their webpage which goes on to explain a few details concerning the new deal. Available games include Uncharted 4, The Last of Us Remastered and the grueling Bloodbourne among many others. While the selection is quite robust, all titles are only usable by PS gamers in the United States. The good news is both companies have plans to expand this partnership to new games and other regions, outside of the USA, in the future.

Green Man Gaming has traditionally been a seller of digital PC games and is famous for offering some gigantic markdowns when it comes to pricing. Hopefully, that practice will flow onto console games as well in the future. In fact, as an introductory offer, they are cutting 5% off all PlayStation games available which is great news!

They also appear to be attempting to broaden the number of platforms they cater to, with pages for Xbox and Nintendo up on the site. The Xbox page has a “Coming Soon” banner on it and the Nintendo one is stocked with games but also directs to a “Coming Soon” when you click on a title.

It remains to be seen whether or not the patented Green Man Gaming big discounts that they offer regularly on PC games will be applied consistently to console platforms. Super cheap digital console game sales…yes please!