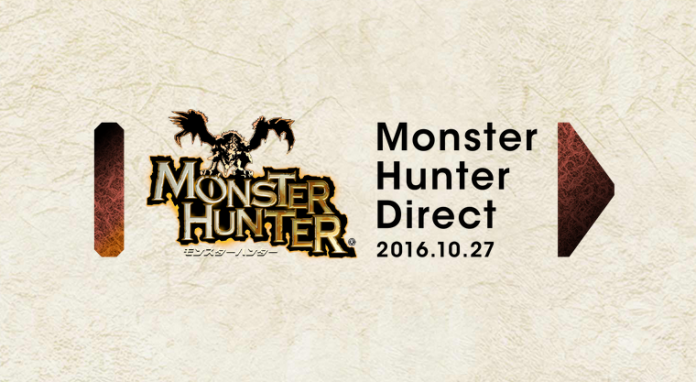 Monster Hunter is a popular game series which started back on the PlayStation 2 in 2004. Since then the series has expanded to four generations of Monster Hunter games with each hosting various enhanced and spin-off versions of the original. Monster Hunter games have recently been developed and released for Nintendo’s consoles such as the Wii U and 3DS. An announcement from Nintendo’s Japanese website has been translated and states that they will be hosting a Monster Hunter direct live stream and presentation on October 27th. Series producer, Ryozo Tsujimoto, will be featured and will discuss the latest news in the Monster Hunter franchise and what fans can expect next.

The event will take place 8:00PM JST on October 27th and you can watch it directly via YouTube.

Unfortunately, anyone looking for more information on the newly announced, Nintendo Switch, will be out of luck as Nintendo commented that the new console/handheld hybrid will not be discussed at the event.

Are you a fan of Monster Hunter and will you be checking out the live stream presentation? Let us know in the comment section or the RGM forums.