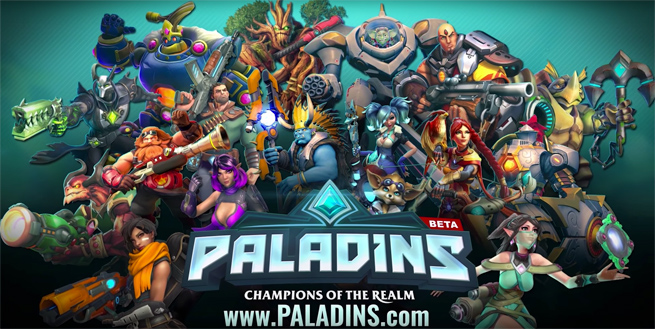 ‘Hero shooter’ may well be the next big genre if 2016 is any sort of indicator. Three high-profile titles are now on the radar in this game type: Battleborn, Overwatch and now Paladins.

It’s possible I may be jumping the gun slightly, although Overwatch has received critical and commercial success, attracting over 15 million players so far and spending plenty of time at the top of the charts, the others have more contention about them. It is still early day, but Battleborn hasn’t had the best of launches and strong rumours have circulated that the game would be moving to free to play in order to drive up player numbers, but this was quashed by Gearbox developer, Randy Pitchford.

And then we have Paladins…watch the trailer below:

If you’re at all acquainted with anything Overwatch, you may well recognise some of the designs of some of the characters, weapons or animations. There is certainly a fair homage to Blizzard shooter. ComicBook.com reports that Paladins, a free to play game, has been in open beta on PC since September 16th and developer Hi-Rez, speaking at Twitchcon, has reported that demand for a console version has been very high.

Due to this demand, Hi-Rez have announced that the free to play game will be hitting both platforms in the future with closed betas announced for both Xbox One and PlayStation 4. Dates have not been announced for release or when the closed beta begins, but if you sign up for the beta, Hi-Rez will keep you informed.

You can sign up for the closed beta for Xbox One and PlayStation 4 be clicking your chosen format.

Will you be giving Paladins a go? Or does it look too much like Overwatch? Let us know in the comments below or on the RGM Forums.