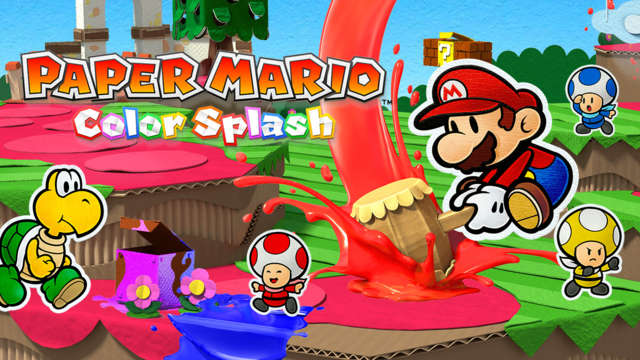 Paper Mario is one of those series that started out immensely underrated and underappreciated with its first two RPG-style entries, but after Thousand Year Door, the series has strayed away from its initial strategic focus. Super Paper Mario removed the turn-based combat, whereas Sticker Star removed all RPG elements from gameplay, leading to some fan backlash.

Now that the next entry in the series, Color Splash, is currently available in stores, many Paper Mario fans are surely wondering if they can jump back into the series after the felt disappointment of Sticker Star. For now, we can break down what we know about the game, its combat system, and offer a guess on whether or not the hardcore original PM fans would enjoy it.

The Story: Color Splash opens with Mario receiving a knock at his door from Princess Peach, who comes holding a blank piece of paper. She opens it up and reveals that it’s actually a lifeless Toad that was completely drained of his color. Upon the former Toad is a stamp from Prism Island, so Mario and Peach make their way over to the island.

Upon arrival, they notice that the island itself is nearly colorless, with all color progressively draining and disappearing. Without the Prisma Fountain running, the island (and its inhabitants) cannot live their lives.

Upon meeting a talking paint can named Huey (this IS a Paper Mario game after all, of course there’s a talking paint can), Mario sets on a grand adventure to restore the color to the entirety of the island and save its inhabitants from the evildoers that are causing this catastrophe to occur. 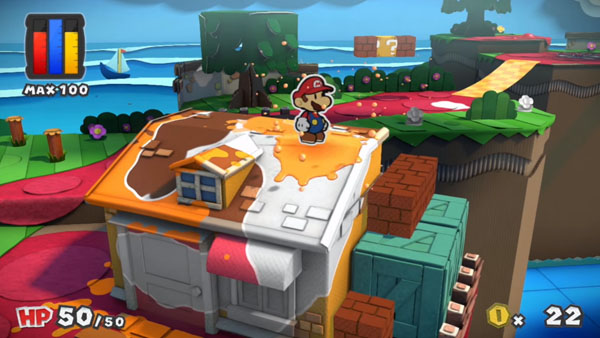 Gameplay: Judging by the gameplay trailers and footage shown, it appears that much of the adventuring aspects of previous Paper Mario will continue in Color Splash. There is an over world map that you use to travel around the island, akin to Sticker Star’s open world design, with each level being fully explorable. These levels promise to be full of collectibles, as well as NPC’s, places to paint, and enemies to fight.

Combat is based on a card based system, where Mario finds cards throughout the world, like a hammer or jump card, and then can utilize them in battle. Using the Gamepad, the player scrolls through their card collection, picks the card that they want, paints it, and then swipes up to use it against the chosen enemy. There are also Action Commands in battle, with perfect timing being the key to either avoiding higher damage or increasing your damage output.

Also, unlike Sticker Star, where battling was actually something to avoid as it would take away your stickers, there IS incentive to battling here as fighting enemies will give you new cards and gold coins to spend throughout the world. There is also health upgrades and some slight RPG elements, but nothing too extensive. 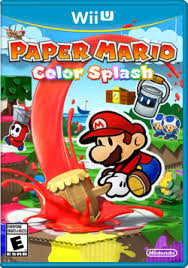 Overall, this does look like more of a Sticker Star sequel than it does a Thousand Year Door follow-up, but that doesn’t mean it won’t be an enjoyable experience. Reviews have been mainly positive, with even users on Metacritic giving it an 80% (which is impressive considering how many people hated the game upon the first gameplay reveal).

In the end, it’ll be up to each player to decide whether or not it’s worth picking up, so you will have to be your own judge and critic.

Paper Mario Color Splash is a $59.99 game for the Nintendo Wii-U, and is out in stores now!

What do you think? Does Color Splash sound like it’s worth picking up, or do you just want to play the original two Paper Marios again? Let us know in the comments!