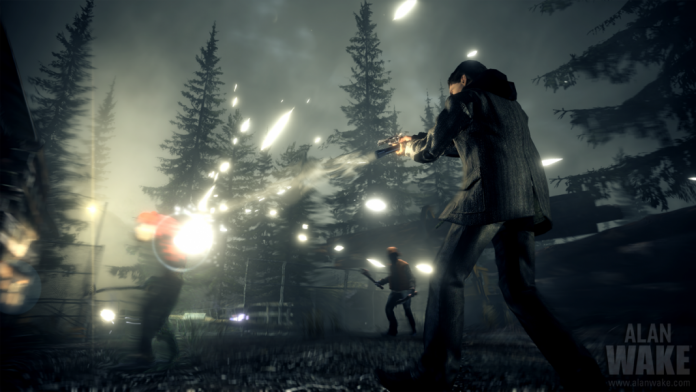 Alan Wake is a psychological action-thriller developed by Remedy, makers of Max Payne and recently Quantum Break. The game came out back in 2010 for the Xbox 360 and later for PC and has garnered a cult status among gamers.

Phil Spencer recently was interviewed by Stevivor and the topic of Alan Wake 2 came up near the end. When asked about it Phil responded with:

After the statement, PR stepped in to end the interview. While fans have been asking for an Alan Wake 2 for quite a while, Remedy has now put its focus on multiplayer and is working on their own engine called “Northlight”.

Remedy’s Sam Lake was featured in an interview back in 2015 with Stevivor as well and in this interview he stated the following:

What Sam Lake was referring to eventually led to the release of Quantum Break. Sales for both Alan Wake and Quantum Break were not as successful financially as Microsoft and Remedy intended them so the switch in Remedy’s focus makes sense after two titles that didn’t meet expectations.

Sam Lake did say in his 2015 interview that Microsoft was open to the idea of an Alan Wake 2 so it’s not out of the realm of possibility however, at this time it doesn’t look like it’ll be happening for the foreseeable future. Personally, as a fan of Remedy’s games I would love to see a sequel to Alan Wake or even Quantum Break as both left the story open for a next installment.

It makes sense why Remedy is focusing on different styles of games and I hope they are successful and eventually come back to the idea of an Alan Wake 2. Unfortunately for us gamers it looks like timing just didn’t work between Microsoft and Remedy as Remedy did want to make the game at one point but Microsoft had other plans. Now that Microsoft may be open to the idea, based on Phil’s comments, Remedy has decided to move forward with other projects.

What are your thoughts on Alan Wake 2 and the direction Remedy is headed in now? Leave us your thoughts in the comment section below or in the RGM forums.