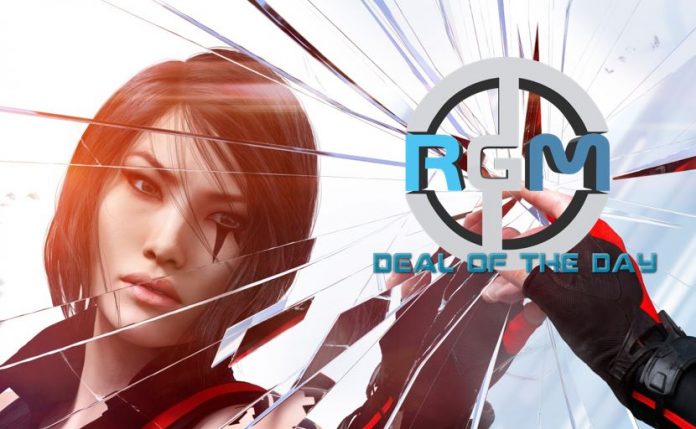 Today’s Deal of the Day is for the next installment in the Mirror’s Edge franchise – Mirror’s Edge Catalyst. Normally $39.99 USD, Best Buy currently have both the Xbox One and PlayStation 4 versions on sale for $24.99. That’s a saving of $15.

Get up close with your enemies. Use your freedom of movement and martial arts combat in conjunction with the environment to experience fluid first-person action unlike any other.

Explore the City of Glass

Roam the beautiful, high-tech city at your own pace, and unlock its many different districts. Run free and explore every corner from the highest, glass made skyscrapers to the hidden underground tunnels.

Witness the Rise of Faith

Brought up on her own on the margin of the totalitarian society, Faith found refuge amongst an outsider group called the Runners.

Learn about her origin story, and take part in her journey as she stands up against oppression and becomes the catalyst that can change the City of Glass forever.

For 1 player or multiplayer support.

For more details on this deal please visit Best Buy.