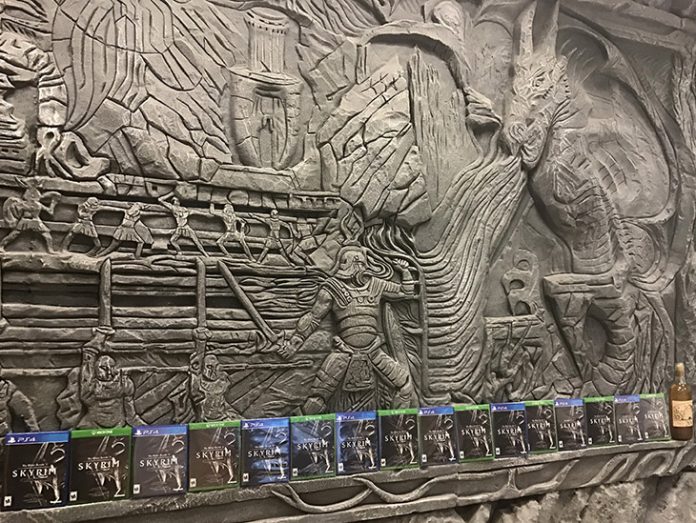 Grab your armour and shield, it’s time to head back to Tamriel, as Bethesda have just announced on their website that The Elder Scrolls V: Skyrim – Special Edition has just gone gold ahead of its release on October 28th.

In their post they reminisce about the original game’s launch, five years ago, and encourages all players to create new “#skyrimmemories“.

Coming to Xbox One, PS4 and PC, Skyrim: Special Edition completely overhauls the original game, adding, not only all of the downloadable content that was originally released, but a whole host of technical upgrades, including:

Bethesda have also revealed the system specifications for the PC version of the game as well as storage sizes for its console counterparts.

Anyone who has purchased Skyrim and all of its DLC on PC can claim a free copy of Skyrim: Special Edition via Steam. Details can be found here.

So there we have it. Not long to go till we can become Dragonborn again. Will you be picking it up or do Battlefield 1 or Titanfall 2 hold more interest for next purchase? Let us know in the comments below or on the RGM Forums.