I agreed to overtime at my retail job, that’s how bad it is.

Here are my picks from this week’s Steam Sale items. I’d love to know if you agree with my choices, or if you think I’ve missed something out. Let me know in the comments!

Much like my pal Patrick, I have picked out DOOM. There’s not a heck of a lot to explain really, it’s a contender for game of the year, for sure, and you can grab it for half price.

If you don’t know what DOOM is, you’re either not a video game fan, or not old enough to play it. Look away now, because you don’t deserve it. Come back when you’re 18, kiddo.

The controls are sublime. I’ve not played a console game that’s as responsive as this, and can only imagine the beauty of it on PC. It was a console purchase, you see. The action is perfect as far as goes any DOOM title, and is never-ending fun. What we got in DOOM 3 was a story, but too much talking, and too much “atmosphere”. What we had in the original games was non-stop action. This release merged the two in stellar fashion, meaning you don’t need to care, but the thought is there anyway, for those who need a reason for why you’re shooting up demons and stuff with an array of increasingly mad weaponry.

All the other titles in the franchise are also half price, so why not go crazy and grab them all? 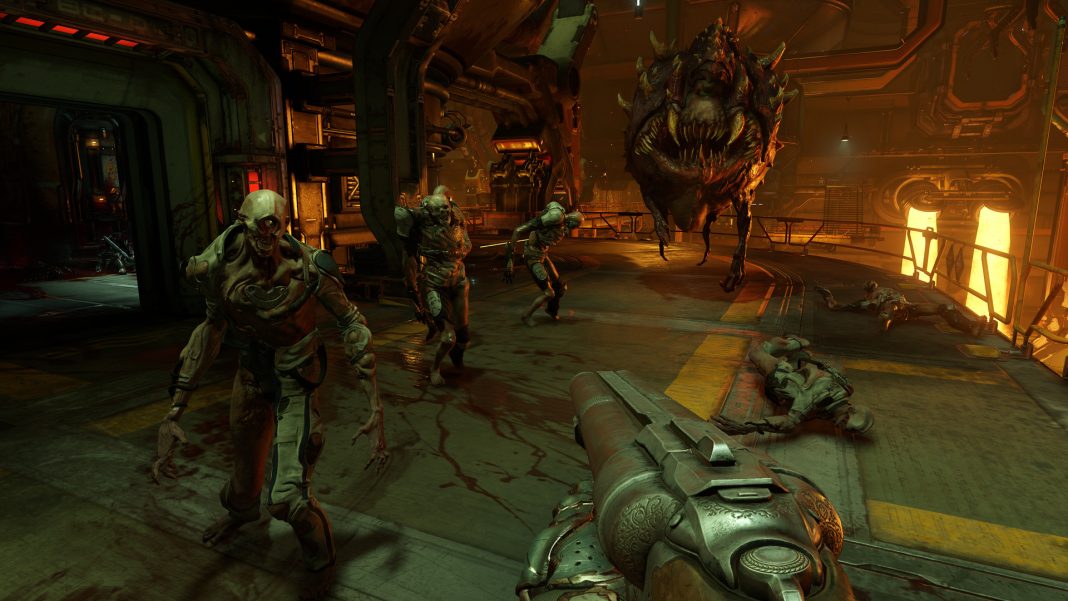 Another big name which is on offer is The Elder Scrolls Online. You can grab the standard or Gold Edition for 33% off, so make the decision. Bethesda’s other massive franchise – Fallout – is also on offer, but I’ve already chatted about that one.

The Elder Scrolls is my favourite series of all time – closely followed by Mass Effect, just FYI – but I’ve never had the time to get invested in the online title. I’ve hear that it’s a mixed bag, but I’m definitely down to give it a right good go.

In this MMORPG, you are free to explore the world of Tamriel, and it’s set in the earliest time period of any game yet. Races of people are living in tumultuous times, and conflict is common. You are given a choice of alliances, and of which race you will be, as well as free gameplay and choices of upgrades and levelling up, depending on your race and attributes.

It might have come into a market dominated by titans of the genre, and therefore struggled somewhat, but for a far more casual gamer such as myself, it should turn out to be an enjoyable experience! Plus, I love the world and the lore.

Child of Light is a platformer set in a fantasy world of fairytale weirdness. You play as Aurora, as she embarks on a modern Alice in Wonderland-like adventure, saving the land from an evil queen. It’s a classic story, classic setting and has a classic set of characters. However, this was made by Ubisoft Montreal in 2014, and has serious quality as a game.

The initial first impression is, of course, on the art style. It looks like a storybook come to life, and the character’s are endearing and captivating. There’s a definite influence of Studio Ghibli in there too, but that’s no bad thing. These are modern fairytales, after all. If you want to capture a child’s imagination, this sort of art is the way I’d go.

The gameplay is smooth, and works seamlessly. While it is essentially a platformer, there are RPG elements in the combat and levelling up systems. This makes it a much less than typical hack-and-slash, whilst keeping the element of urgency and fighting spirit.

Grab this one for you and the little ones (not too little) for pennies this week, as it has 75% off. 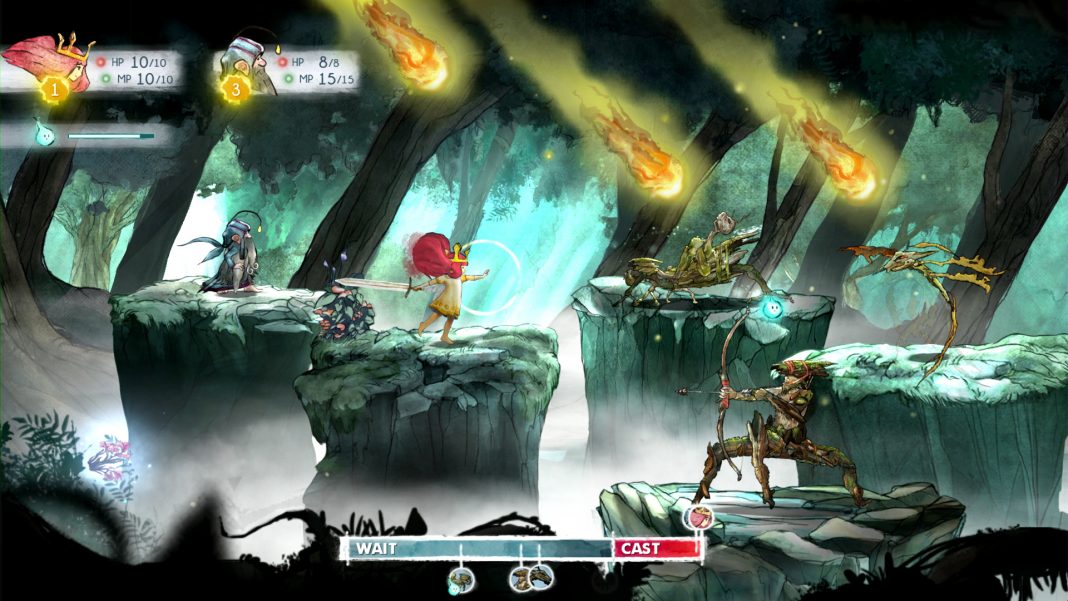 I love simulation games, okay? And this is the cream of the crop. I mean, who doesn’t want to fly a plane? This might not be the top notch flight sim anymore, but for a mess around and outstanding experience for someone that is never, ever going to try and fly a plane IRL (me), Microsoft Flight Simulator X is a good choice. Still worth the money, and it’s got a cool 70% off this week. Check out the page for all the other add-ons and bundles, and their prices.

You can choose to pilot, co-pilot or work for air traffic control, and get really stuck into the role with your pals online. 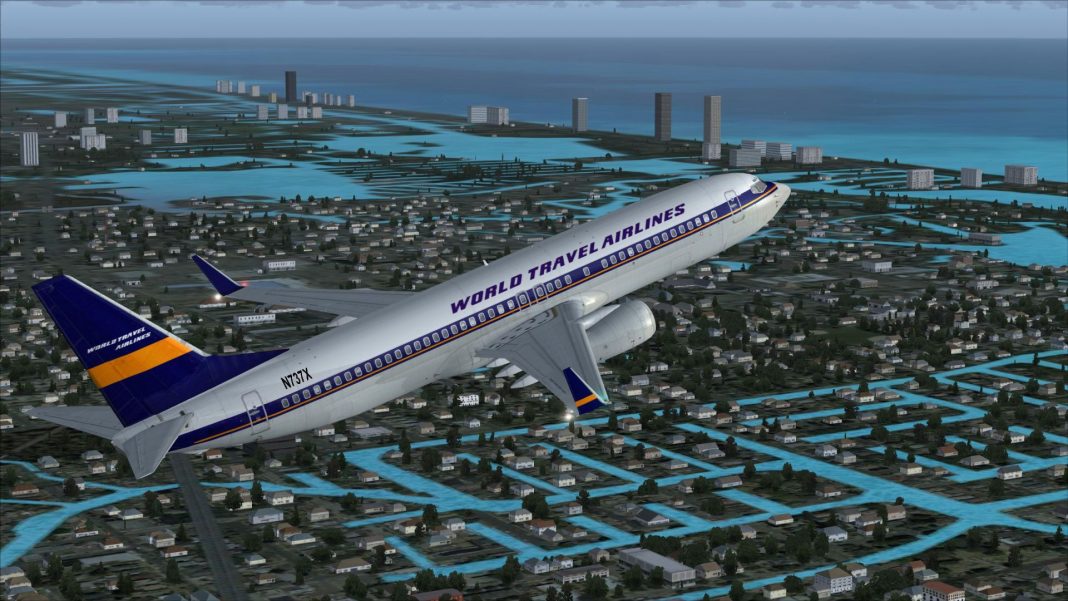 Lovely. This game was “championed” way back on Christmas Day a whole ten years ago by The Angry Video Game Nerd. Note: this has NOT been edited for foul language. Cover your granny’s ears, for goodness’ sake.

It was made by Wisdom Tree in the early 90s as a bootleg game, essentially. The rest speaks for itself. There are no words. Plus, the comments section on the Steam page is golden. The game was greenlit on Steam, quite possibly as a result of AVGN talking about Wisdom Tree. The company has a website, and set up a Kickstarter in order to repackage and sell the infamous games… they state nothing about AVGN, and are selling their wares entirely to the Christian family market, but I wonder the truth behind it all. Are we going to have an influx of gamers stuck ten years in the past with an overpriced SNES cartridge full of terrible bootlegged games? Probably.

That’s it for another week, friends. Be sure to stay tuned for more of my picks next week. It’s always a laugh.