This week has been one of ups and downs. I’m still broke as hell, but I’m enjoying my time away from work, and focussed on writing. I’m writing constantly, all over the place. It’s great and all, but would be lovely to make it a living. Like any other art form, however, it’s a bitch. If anyone knows a gig, hook me up. Seriously.

Anyway, here’s to my weekly Steam sales choices. It’s, in all honesty, a joy to pick these and write about them. I’d love to know if you agree with my choices, or if you think I’ve missed something out. Let me know in the comments!

Firstly, let’s delve into a gothic hallucination in Sunless Sea. The game itself has 60% off, with the brand new expansion – Zubmariner – included in a bundle for a saving of 42%. Based on gothic fantasy (Lovecraft and stuff), this exploration RPG adventure has serious surprises up its sleeve. It was developed by the creators of Fallen London, which was a browser choose-your-own-path game from about seven years ago that’s still going today. This title is set in the same universe – steampunk and dark, with elements of horror and tense atmosphere. 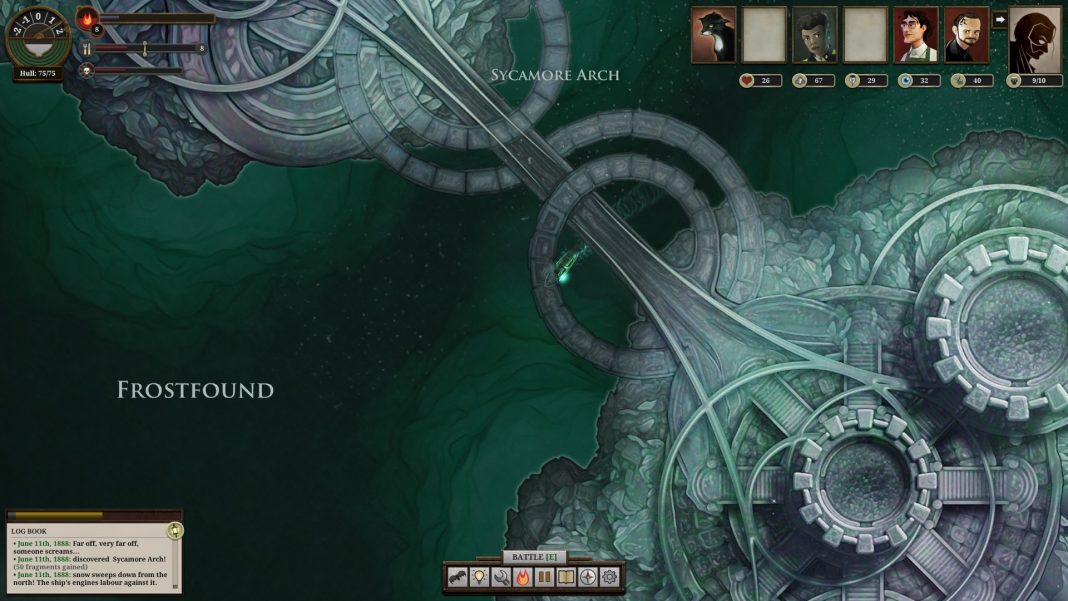 The story is deep and wonderful, and your choices affect how well you and the crew of your ship will do as time goes on. Exploring the ocean is a hard task in itself, but when you’re faced with horror and darkness for so long, something has to give. Much like Captain Ahab, you lose yourself, supplies run out, and you have the option to turn to shocking resorts in order to survive.

Not only is the story rich and awesome, but the music is suitably haunting and appropriate for the setting. It harkens back to sea shanties, and can be almost uplifting. But underneath those melodies are beats and bass noises full of the unknown. It’s beautiful.

Gameplay can be slow, but the story makes up for it, and the action is hard when it comes around. It may take a few attempts to figure out the best way to stop yourself and the crew from going crazy and turning to cannibalism, but that was part of the fun for me. The outcomes are full of black humour, in a Mighty Boosh fashion, and that’s one of my favourite things to enjoy.

Next, I’d like to mention Kerbal Space Program, because I love those little guys with all my heart. How can you not? The game is down by 40% this week, which is a tasty saving.

Kerbal Space Program is a physics based simulation game, in which you have to build a ship that fits parameters in order to take off from the ground, climb into the atmosphere, go into orbit and come back down again safely. There is the option to go further, of course, landing on other objects in space, collecting materials and even mining.

There are three modes to play: sandbox, in which you build a rocket and try it out. Like Garry’s Mod but with cute astronauts; scientific, where you research and expand your inventory of materials; and career, in which you take charge of the whole program, including the admin. 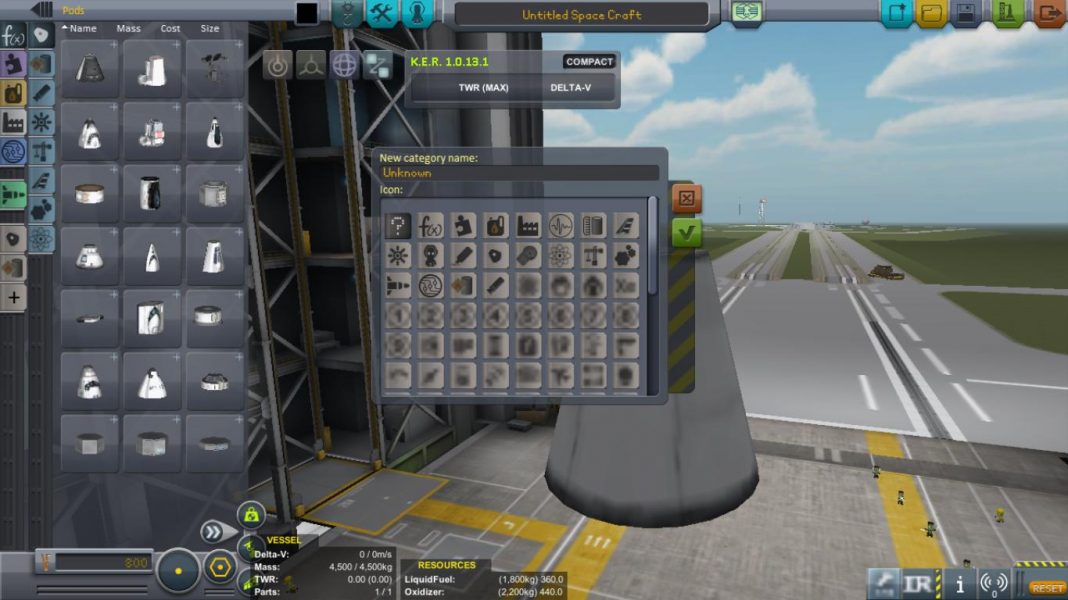 The game has been championed by NASA, and my sister-in-law swears by it. She has a Master’s Degree in Rocket Science. No joke. It’s actually called something far more fancy, but it is Rocket Science. She’s just started a career with the UK space program, and has been using Kerbal as a fun way of exploring aerodynamics and structure, as well as materials and conditions. This all makes it sound way intense, and it can be if you want it to, but the world is simple, and the Kerbals make you smile (or cry when you kill them unintentionally), so you don’t forget the fun. 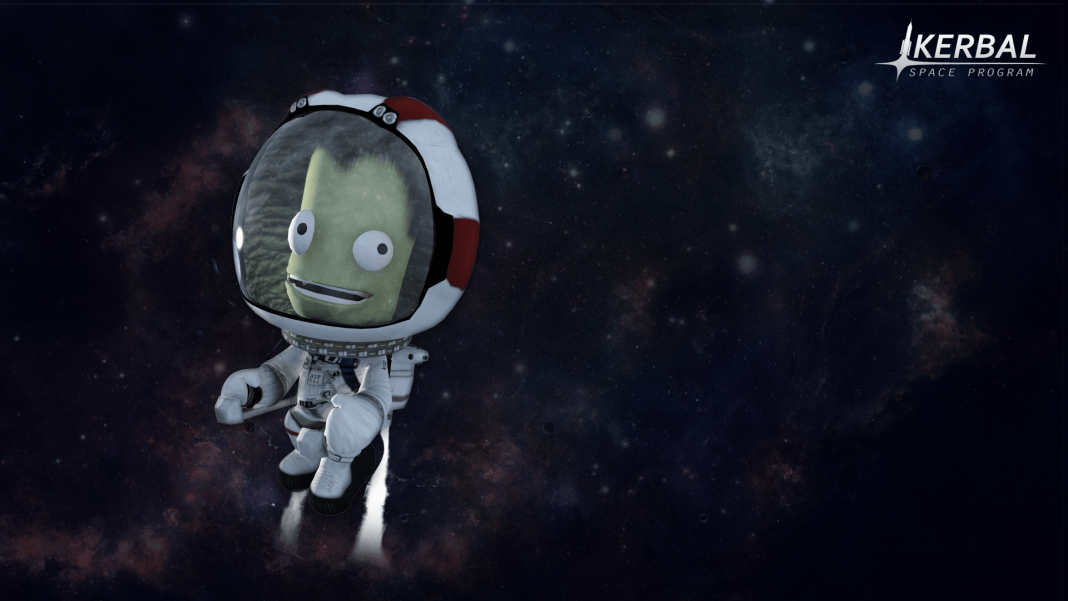 The Cave has a cool 75% off this week. It’s a spelunking cave explorer with a difference. Seven characters arrive at the cave, each with a different reason and agenda, and you can pick three in total from the characters and their stories to play as, and laugh along with the brilliant writing of Ron Gilbert (Monkey Island, Day of the Tentacle, Brutal Legend, Psychonauts). 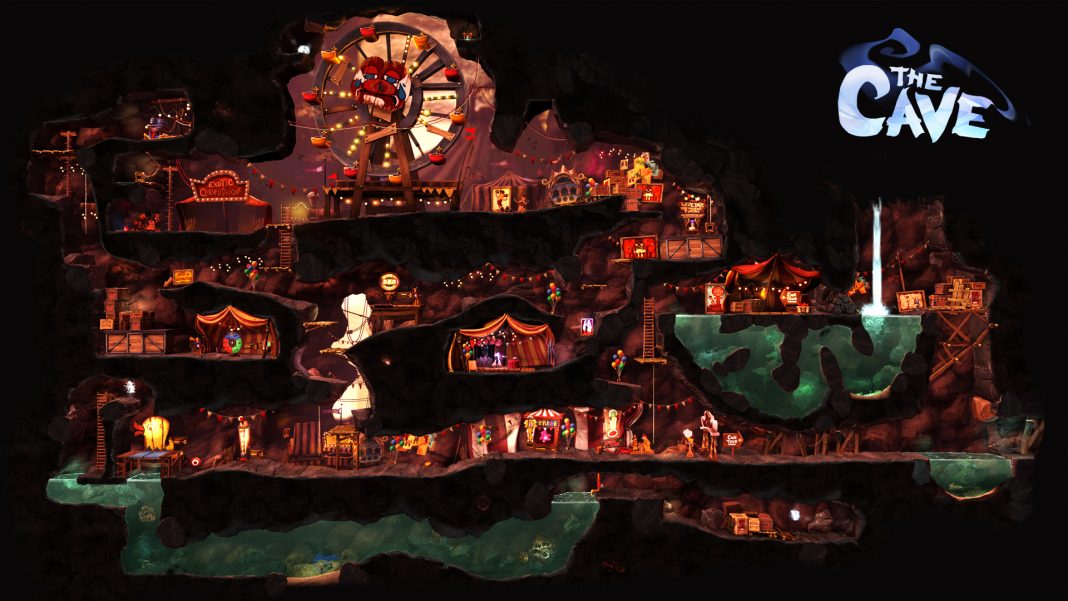 The world is rich in new ideas, different from any game before it. There’s a subterranean land in the cave that reflects on our own, and through the game you solve puzzles and defeat enemies to advance to the next wacky environment. Any level trope of any platformer you can think of is here, but it’s all set in this world underground, and the characters you meet on the way reflect this. It’s nuts, and it’s brilliant fun.

Puzzle explorative horror White Night is half price this week, which is a doozy. It’s coming up to Halloween, so give this one a go – why not? There aren’t so many jump scares here as in the horror favourites, but they do exist. The selling point of this title is the setting and atmosphere. It’s got a film noir overlay (literally; it’s black and white), right down to the delivery of the monologue. The camera angles are disorientating, and that makes for some scary moments, as do the creepy untraceable noises and objects taken straight from a gothic novel.

The story is fairly predictable, and can be slow at times, but the immersion is great, and the scares are there. It’s not one to play with your mates over. Turn the lights off and get lost in the 1930s noir world of White Night, with only its heavy bass, slow moody jazz soundtrack to keep you company.

Finally, big shouts to the game that I made a disgusted/shocked face at when I heard it was coming – Hunting Unlimited 2010. Then I looked at it. It’s a piece of crap, sure, but the simulation is pretty on point. Ever wondered what it’s like to shoot a lion in the butt, though you’d never try and do it real life? I have, and now I can try it.

Hunting sims were never something that occurred to me before, other than Sega Bass Fishing, but that’s a story for another day… Turns out they can be a pretty big deal for some. “Realistic shots. Shoot the legs, that’ll disable and/or slow them down. Shoot the head? instant kill. There’s lung-shots, heart shots and much more. The animals can also bleed out! Sometimes you even have to put them down…” reads one review. Not something I’m particularly interested in doing IRL, but it made for some brutal reactions and gross amusing moments when I first played it. We’re coming back to that black humour thing again. 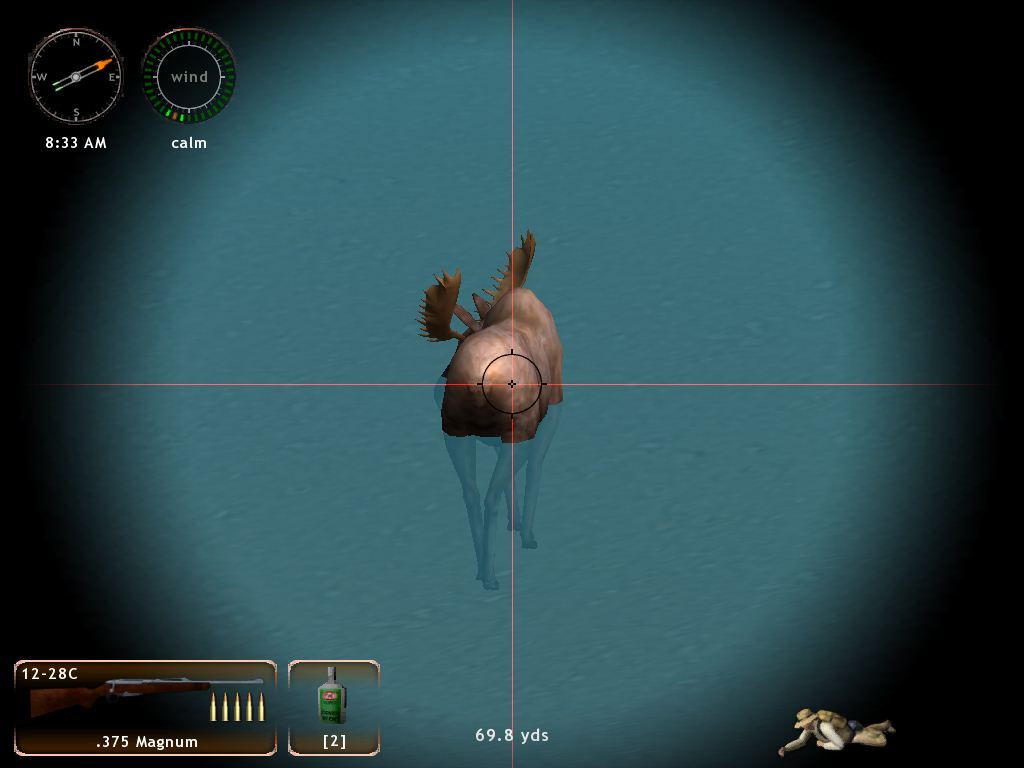 I love animals, but I eat meat and I also understand hunting as a pastime. There are certain aspects I would disagree with, sure, and I wouldn’t do it myself, but it doesn’t mean I can’t have fun doing it with horrible 2009 graphics and badass weapons. That got serious. This was supposed to be a joke entry…

Ah well, there we go. Hope you enjoyed my choices this week, I’d love to hear your thoughts on them. Enjoy your week of whatever it is you do. I’m going to continue to try and sell my writing skills, whilst listening to this amazing playlist, made by Spotify. It’s like the app has become sentient, and knows my every need.