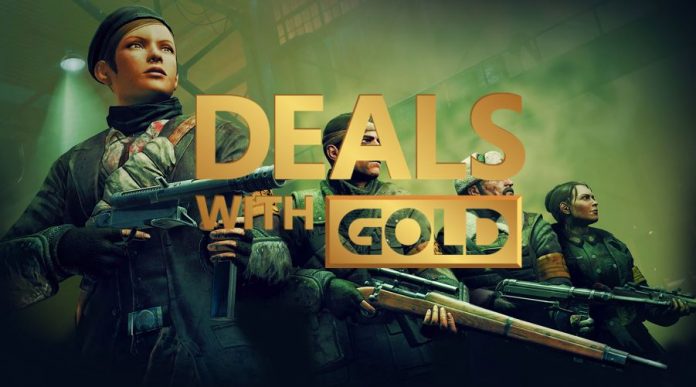 A new week means a new line up of discounted games for the Xbox One and Xbox 360.

This week’s RGM recommendation was extremely easy to decide on with Zombie Army Trilogy coming in at 67% off ($16.50 USD).

Experience gut-wrenching third-person horror and intense co-op action from the creators of Sniper Elite 3. In the dying flames of World War Two, Hitler has unleashed one final, unholy gamble – a legion of undead super soldiers that threatens to overwhelm the whole of Europe. Fight alone or team up to save humanity from the zombie menace in this apocalyptic third-person shooter! Battle through THREE epic campaigns across 15 adrenaline-pumping levels. Brave the irradiated wastes of Germany solo, or fight back-to-back in online co-op for 2-4 players. Defeat harrowing legions of flaming zombies, armoured skeletons, undead snipers, fire demons, chainsaw-wielding elites … and worse … before facing the demonic Führer himself. Tactically dismember the occult hordes with iconic weapons and explosive traps, then watch every putrid lung burst, every rotten bone shatter with the return of the infamous X-ray Kill Camera. Finally, face your fears in the ultimate test: a brutal Horde Mode for 1-4 players across 5 blood-curdling maps.