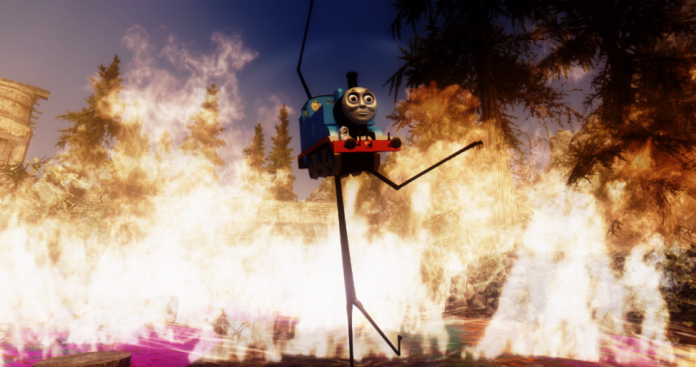 With the release of Skyrim: Special Edition upon us (Friday 25th October), Bethesda has started accepting submissions for mods that will be made available for Xbox One and PS4 with much more listed for Xbox One than PS4 so far.

At the moment of writing, Xbox One has accepted 68 mods whilst PS4 has only 11 mods listed. So far the mods made available to PS4 are small tweaks to the game such as adding road signs, creating new paths and new loading screens to name a few. The Xbox One on the other hand has expansion mods like The Forgotten City, new locations, more weapons and some stranger additions such as adding stickmen followers that feature Thomas the Tank Engine heads.

The difference is down to Xbox One’s stance on mods being more lenient than the PS4 with external user-created content not being allowed on PS4. The Xbox One also allows larger sized mods of up to 5GB while the PS4 only allows 1GB for mods.

Skyrim: Special Edition is coming to Xbox One, PS4 and PC this Friday.

Will you be purchasing Skyrim: Special Edition? Are you excited to try out mods? Let us know in the comments and forums.