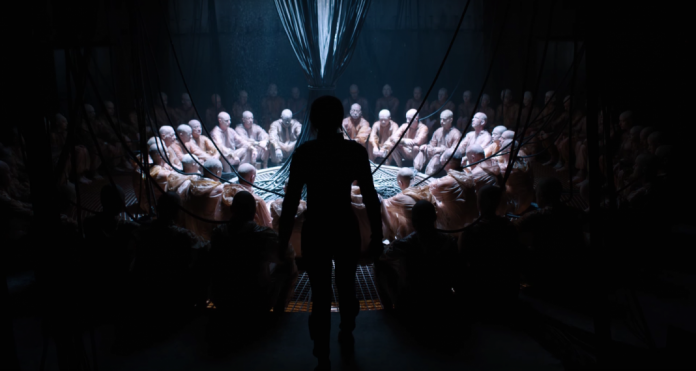 Even if you disagree with the casting choices, there’s no denying how visually-impressive this film looks. There are also a number of shots that are ripped straight from the anime as well, giving it that authentic feel. The movie looks greatly unique and the locations themselves are unlike many other backdrops with the futuristic Tokyo look. Scarlett Johansson also looks great in the role (even if people still resent her for taking the role over another actress).

All in all, the movie looks visually interesting and superb, so it’s now certainly on my radar. Even if you’re still against it for the casting, even if there could’ve been more Asian cast members, that doesn’t mean they aren’t trying to do right by the source material and the fans of that source material. Besides, wouldn’t it be a good thing to add more potential fans of the anime through this movie? They may be a little late to start following the anime, but if this movie does well, I’m sure there’ll be plenty more looking to join the well-established Ghost in the Shell fan base.