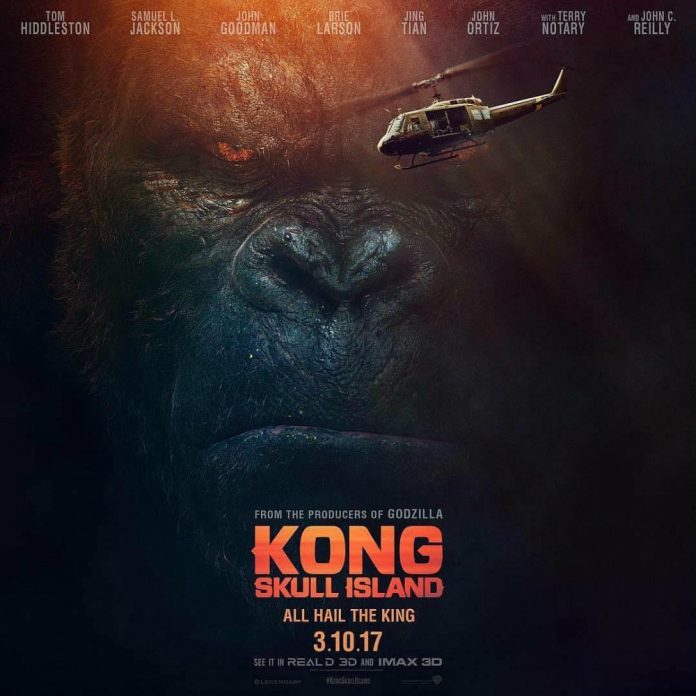 I don’t remember King Kong being this…. tall. The latest trailer for Kong: Skull Island has been released, and it’s hard to deny how good it looks. The star-studded film looks to be heavy on spectacle and intensity, as well as some unexpected humor (thanks to John C. Reilly, who I didn’t realize was a part of the cast).

In the trailer, the plot is expanded on from the previous trailer with the revelations that not ALL of the humans coming to the island are innocent or don’t deserve some roughing-up (in what way is dropping bombs on the jungle okay?), as well as the reveal of the other threats that are present below the island’s surface. The visuals, again, are the big standouts of the trailer as amazing shots like Kong’s face in the middle of the explosion or the flames coming out of the giant beast skull standing out the most. There still wasn’t a lot of individual dialogue shown, but at least each star (except for Bri Larson) got their turn to say something in the trailer.

What may throw some people off is the moment Reilly shows up in the trailer. The reason why some may be surprised is that it’s a sense of humor that didn’t seem to exist whatsoever in the previous trailer.

This aspect may end up being divisive for the trailer itself, but I think people will ease up on it a little bit when the movie finally comes out. Besides, if there’s a comedic element in the movie, you’d want to know about it right? Don’t want to misrepresent the kind of movie you’re going to get by making it seem much darker than it actually is (looking at you Age of Ultron trailer #1). This movie will clearly adopt SOME humor in comparison to the studio’s other similarly advertised film Godzilla (2014) that was pretty much serious the entire time.

It remains to be seen just how well-balanced the tone is in the film, but there’s simply no denying that Kong: Skull Island looks visually impressive and in the end, we just want to see Kong fight Godzilla in a couple years, so this is a good start.

What did you guys think of the trailer? How do you feel about this having a potentially lighter tone than 2014’s Godzilla? Would you want to see this King Kong fight Godzilla? Let us know in the comments below!