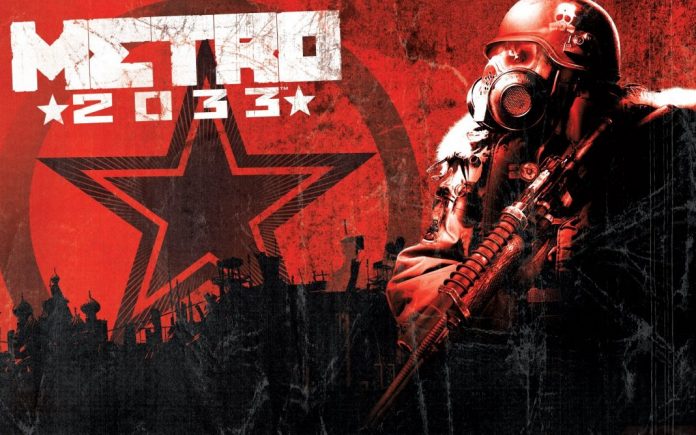 UPDATE – According to a post on the Metro Facebook page, publisher Deep Silver has stated that there are no plans for a new game in the series to release in 2017. The post said:

“As the exclusive rights holder to videogames set in the Metro 2033 universe, Deep Silver has ambitious plans for the hugely successful Metro series. But just to manage our fans’ expectations – releasing the next Metro game in 2017 is not one of them. When we have more news to share, we will. Thank you for your patience.”

The date on the Metro 2035 timeline has also been amended, replaced with a question mark and info on the next game updated to “An untitled Metro project”.

Original Story: The next title in the much loved Metro series is apparently coming sometime in 2017 according to the official website for the Metro novels written by Dmitry Glukhovsky. The final book in the writers trilogy is called Metro 2035 and features in a special timeline that makes mention of all the books and games that are part of the franchise. 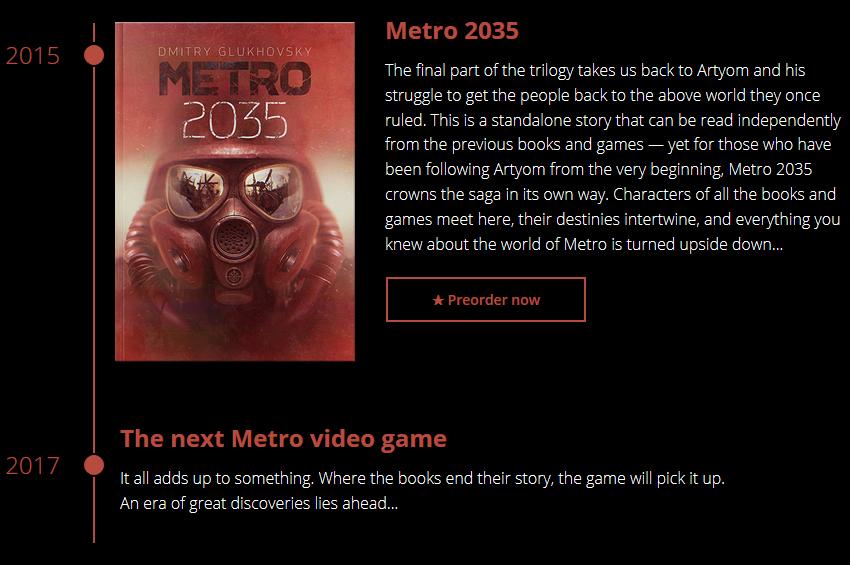 As can be seen above, “The next Metro video game” is mentioned specifically but any additional details such as release timeline or even the studio working on it are nowhere to be seen. The last game in the series, Metro: Last Light, was launched back in 2013 to great acclaim so a new entry is arguably overdue, especially for big fans of Artyom and his tribulations in frozen Russia.

“Where the books end their story, the game will pick it up. An era of great discoveries lies ahead…” Sounds intriguing! Excited for a new Metro game? Tell us in the comments or on the Forums.