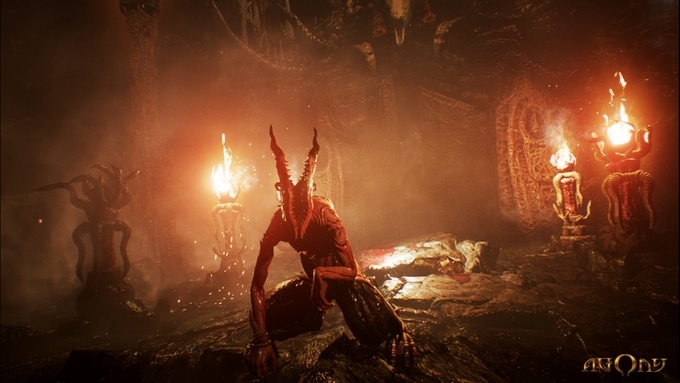 Survival horror set in Hell. That’s how developers, Madmind Studio, have described their game, Agony, for which they are looking to gather funds via a newly launched Kickstarter campaign. Looking for the hellish sum of $66,666, Agony is planned to release on PC and consoles in early 2017. A special trailer has been posted which you can watch below. Fair warning: the video contains some disturbing imagery.

Disturbing indeed! Agony tells the story of a tormented soul lost in the depths of Hell. Using your ability to possess other souls and weak-minded demons, you must travel the roads of the damned to find the mystical Red Goddess who holds the key to your escape.

Agony will emerge from the fire in early 2017 on PC, Xbox One and PlayStation 4. Do you love horror games like Agony? Say it loud in the comments or sound off on the RGM Forums.