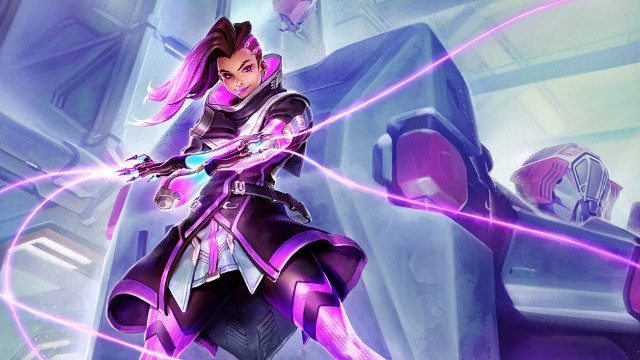 It’s Blizzcon everyone and Sombra has FINALLY been announced for Overwatch.

After months of teasing, cryptic messages and easter eggs within trailers and the game itself, Blizzard finally unleashed a whole load of new information on the second new Hero to join the ranks since the support sniper Ana.

So let’s cut right to it, first off is the animated short (available on YouTube) which showcases one of the best shorts Blizzard have put out in the Overwatch series:

It’s hard not to love this. Sombra clearly has her own agenda going on and it will be intriguing if they explore this in future shorts. Sombra vs. Zarya?!?!?!? Also, the character’s abilities displayed in this short seem pretty awesome too.

There is a helpful infographic, below, to show what Sombra’s abilities are. She is classed as a three-star “difficult” character and is an offensive stealth character. Her abilities seem geared towards disabling over Hero’s abilities, especially the likes of Reinhardt. 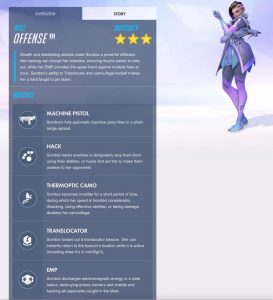 She is equipped with machine pistols and also uses her skills to hack her foes (or medpacks!) and can reposition herself using her translocation ability (similar to Tracer’s rewind, she relocates to the position of her translocator, but it can be strategically placed). She can also go invisible which increases her movement speed! Her special is an EMP that hacks all nearby enemies whilst knocking out nearby shields. Check out her skills in action in this YouTube video from IGN.

Sombra is reportedly coming next week and is pretty damn funky!

Blizzard have also confirmed a whole host of new updates for the successful game, which have been listed on Eurogamer:

How about all of that? We wait ages for Sombra and we get all that new tasty info and features to go with her. Let us know what you think in the comments below or on the RGM Forums.