I am pretty excited about the Nintendo Switch.

What Nintendo have shown so far has been fairly impressive and the talk and rumors that are flying around are certainly building the hype of what is to come. During all the speculation and misty eyed dreaming there have been several substantial “leaks” of information. Of course, we can’t be sure of the validity of any of the leaks until Nintendo corroborates information come their next Switch conference on January 13th.

This did get me thinking about E3 2016 though. Not about Nintendo’s rather sparse presence at the Electronic Entertainment Expo, no. It was more about how much of a debacle it seemed this year.

That’s not with the actual show itself, the show is more or less a great time for gamers across the globe. An opportunity for the big wigs of the gaming world strut their stuff and gesticulate till their blue (or green) in the face about the “immersion”, “the depth” or “a new age of gaming”.

It was slightly ridiculous for E3 2016; for the two weeks leading up to the actual event, there were leaks springing up on Titanic proportions. Big reveals for most of the major players dribbled out onto the sponge that was the internet and people lapped it up. Whilst it was wholly infuriating for said games companies, it is great for the gamers; E3 can be quite over bearing, there is a lot of information to digest within a short three-day period, so getting the information and big (at that point) ‘potential/supposed’ leaks early is probably a nice way to do it. It was pretty satisfying to see a new, kind of, announcement (of course most of them not confirmed) every morning whilst exploring social media in the run up to E3. 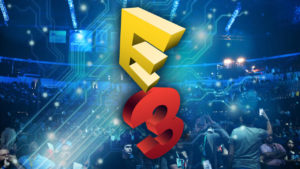 The only company that seemed to be unaffected by leaks was Sony, no one saw a glimpse of what they had planned. So all of their announcements and surprise reveals were fresh and new, except for the educated guesses (Call of Duty 30 day DLC exclusive, for example).

So who won E3? A question that is asked every year. Experts and lay persons alike usually spend many hours debating who won what and who had the best reveals, for example, which are often quite heated debates, spurred on by fanboys and trolls.

Undoubtedly, Sony won E3; they had surprise reveals, cool looking exclusives and a good delivery not weighted down in corporate speak or awkward interactives and demos (looking at you Microsoft and Ubisoft). AND a full orchestra sound tracking the whole thing, very cool. The other presentations were great and they all had interesting and exciting reveals and things to discuss but you ask most level-headed, unbiased people and Sony won, hands down. In fact, speaking with some compadres we found most of the other conferences the epitome of “meh”. 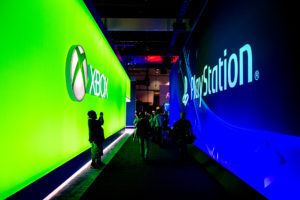 I have always been fascinated by memory; some things we remember without fail, other things we can’t remember for the life of us and sometimes its things that just pop up through reminders (sometimes smells, locations, foods). Some people have better memories than others, I get a fair few shots from the other half for my shocking memory. Even my first dissertation was a theory surrounding memory. 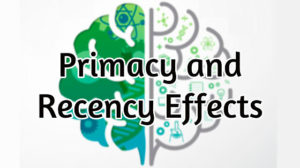 There is a concept around memory and our ability to recall items. Dubbed the ‘primary’ and the ‘recency’ affect. These terms relate to how our memories allow us to recall the first items in a ‘list’ (primary effect) or the last items in a ‘list’ (recency effect). The theory being that we retain initial items in the primary effect from a list in our long-term memory as we attribute greater processing power to them. Conversely, we retain latter items (so in this case the ‘recency’ effect) in our working memory (that is our more current memory storage). So with this in mind, you might be able to see where I’m going with this?

Were the leaks deliberate? There was a lot of them and I joked at the time that someone was probably up for the chop for it. But companies didn’t seem overly bothered, hell Microsoft merely replied with an emoji of shrugged shoulderage when asked about the leaks. And why bother leaking? Well, considering there’s a lot to process during a small window it might make some strategical sense to leak some stuff and get people talking about the first cool things that they see (I was very “wowed” by Titanfall 2).

Did the leaks work? Well everyone was talking about the leaks and new rumors and releases, a lot of discussions and speculation about what might, generating excitement and a zeal to see more come E3, so from that perspective, hell yeah it did. In some respects it could even be to get gamers talking about conferences and get them watching. Some reveals were never even announced (Evil Within 2 and Wolfenstein 2 were heavily rumored but nothing was seen, though Wolfenstein may have been teased in the opening sequence of Bethesda’s conference).

So it could be argued that the gamers retain those leaks, getting it out there and making people excited may sway people to decide that these were the “winners of E3”. So it could be assumed that the leaks may have been deliberate to work in those developers favor. However… 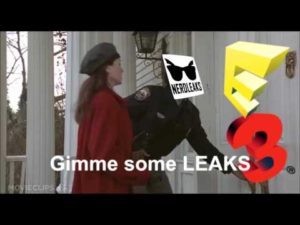 How impressive was Sony’s conference? As I alluded to early, most people would agree that Sony’s conference was the best. It felt like an onslaught of awesome things being shown for the duration of the show and, coincidentally, it was the last show of the conference. So it could be argued that it had the most impact as it left a ‘lasting impression’, the last thing that people saw, so come discussions people remembered it well; the easiest to recall from memory, as the working memory is the present and most recent one.

Why were the other conferences “meh” ‘on the day’? For the most part, we’d already seen or heard about almost everything there was to announce, taking the ‘zing’ out of the conferences, we knew it all already, so we were all waiting on surprise announcements, something we don’t already know about. So Sony’s was all WOW!

Do the primary and recency effect hold any ground? Can you recall the conferences that were held at E3? Usually they open with an impressive looking game (ever heard of “first impressions”)? They also, usually, close with their most impressive or surprise reveal, something that keeps people talking as they leave the auditorium. They’re not always mind-blowing… I wasn’t sold on Just Dance 2017 or Steep from Ubisoft but I still remember its reveal, in the same way I remember Sony’s conference.

So what does this all mean in the grand scheme of things? Not a great deal, just some insight into potential marketing strategies and possibly a look at why there were a LOT of leaks this year. It’s probably a learning experience for all involved, however. It could be that leaks are deliberate to gauge audience reaction and perhaps tweak an upcoming announcement, or delay a game, based on the response received. 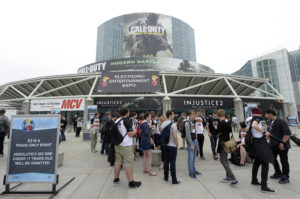 Some pieces of information are more pertinent that others, overriding the primary and recency effect. Whether it’s good, bad, embarrassing (those memories are always harder to shift), sad or happy there will always be things we remember because of their impressiveness (see Days Gone By, personalizing custom Xbox One controllers or swashbuckling in Sea of Thieves). So it isn’t always the case.

So are Nintendo purposefully leaking information to generate chatter about their upcoming console, a console they need to perform well to perhaps ensure the future of their business? Perhaps, but if this is the case, their actual reveal in 2017 may well lose some of its impact because people already “kind of” know the information.