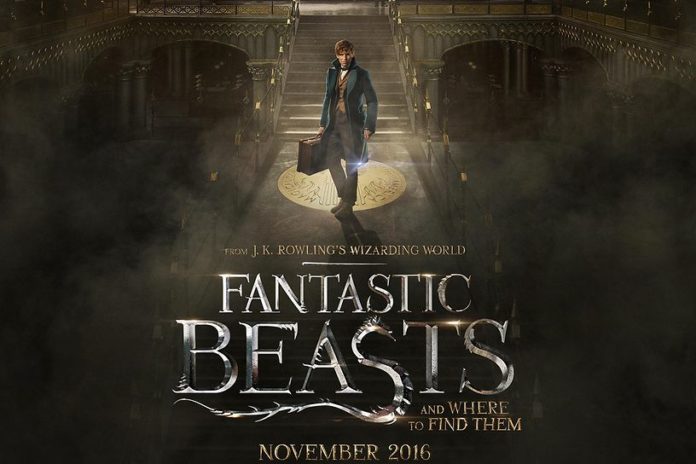 While I was walking into this movie, I was nervous for everyone involved in the making of this film. They had a massive undertaking on their hands: start another saga within the much-beloved Harry Potter universe without tarnishing the legacy of the previous films. Eddie Redmayne is a tremendously talented, Oscar-winning actor, so his selection as the lead seemed like a perfect selection. With the news that David Yates, director of the last four Harry Potter films, would be returning, along with JK Rowling taking on the screenplay, it seemed that everything was falling into place for a solid foundation.

Well, I’m happy to say that Fantastic Beasts is a great franchise starter thanks to great visuals, an engaging story, enjoyable characters, and a fresh take on the Harry Potter world without feeling completely alien or separate from the original series. 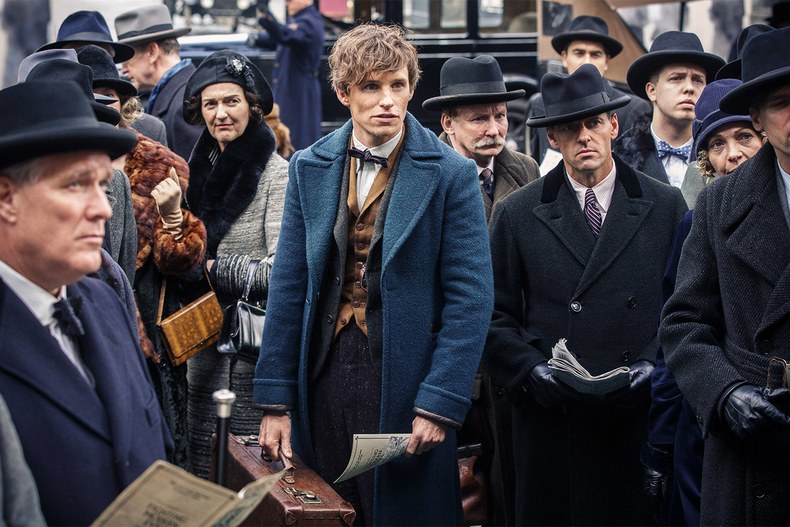 I will keep my description of the story to a minimum (as I feel that this story is best kept a secret thanks to a number of unexpected and great world-building moments), but the story sees Newt Scamander (Eddie Redmayne) going to America, New York in 1926 to be exact, after leaving England following his removal from Hogwarts. He then begins to experience what New York City has to offer before a series of incidents occur due to the animals in his briefcase and he must band together with an ex-Auror, a Non-Maj (NYC’s version of Muggle) and a mind-reading witch to help get these creatures back.

The story kept me interested thanks to the great fun of seeing Newt and friends attempt to capture these creatures and the darker side plots brought on by Colin Farrell’s and Ezra Miller’s characters. No story felt superfluous, although Ezra Miller’s storyline may seem like it at first. However, it DOES have some form of payoff that gives it a sense of legitimacy and ends up influencing the main plot in a big way. The plot also has certain characters and story elements that serve as a well-done representation of an “us vs. them” situation in American history, particularly the struggles that come with feeling different from the norms of a society.

There are plenty of little hints as well to the HP universe, with several name drops including Grindelwald and Dumbledore. There are also a couple of last names that sounds very familiar to long time fans as well (Lestrange being one of them). The movie helps build up this new world and its characters without sacrificing the story or the character development. However, I will say that it’ll be interesting to see how these films develop through the series, as there won’t be any Hogwarts to keep these characters together.

Eddie Redmayne proves why he was chosen to be the face of this new saga as his refreshingly unique take on Newt Scamander helps keep himself away from any comparisons to The Boy Who Lived. His pure love for animals is a great hook to place him in the middle of all this chaos (even though it’s kind of his fault there’s chaos in the first place). It’s more of a coincidence that he ends up in the right place at the right time, but it’s an interesting departure from the previous “Boy of Legend” who was a hero born from destiny. Redmayne’s many quirks and mannerisms help establish that this is someone who is far more comfortable talking with animals than people, but he certainly makes do with plenty of natural charm. 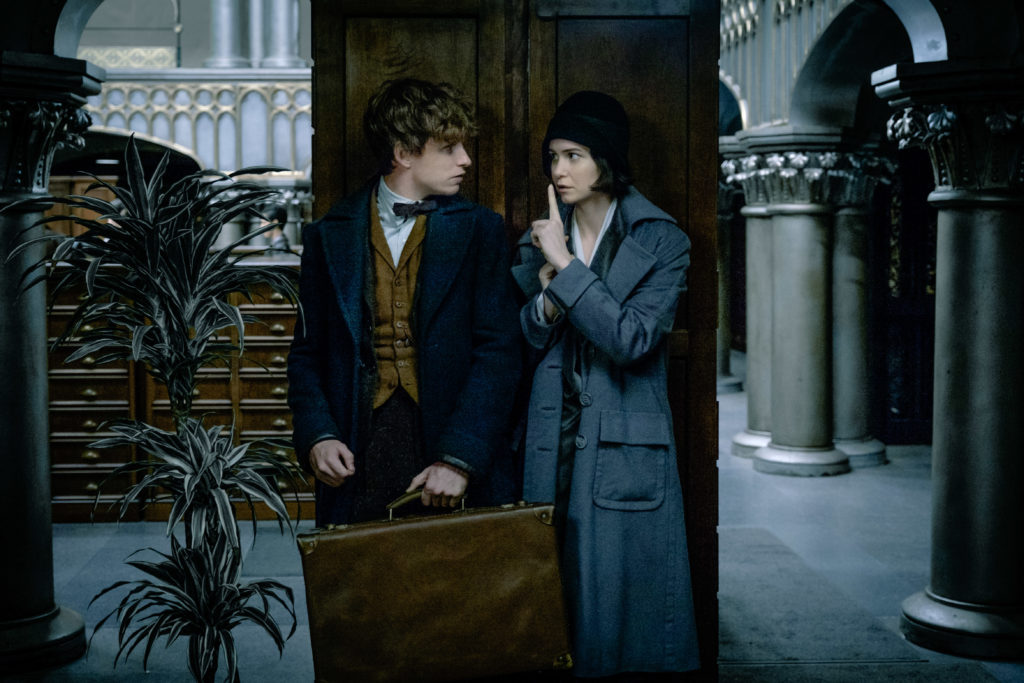 Katherine Waterston’s Tina provides plenty of fun back-and-forth between herself and Redmayne’s Newt (thanks to the duo’s great sense of chemistry), as well as some well-played serious moments that can prove to be rather effective. Alison Sudol’s mind-reading witch character provides an immediately likable and endlessly endearing personality in each of the scenes she’s present in. Her relationship with Dan Fogler’s No-Maj is extremely cute and well-developed as the film progresses, allowing for romance scenes that feel natural and not forced at all. 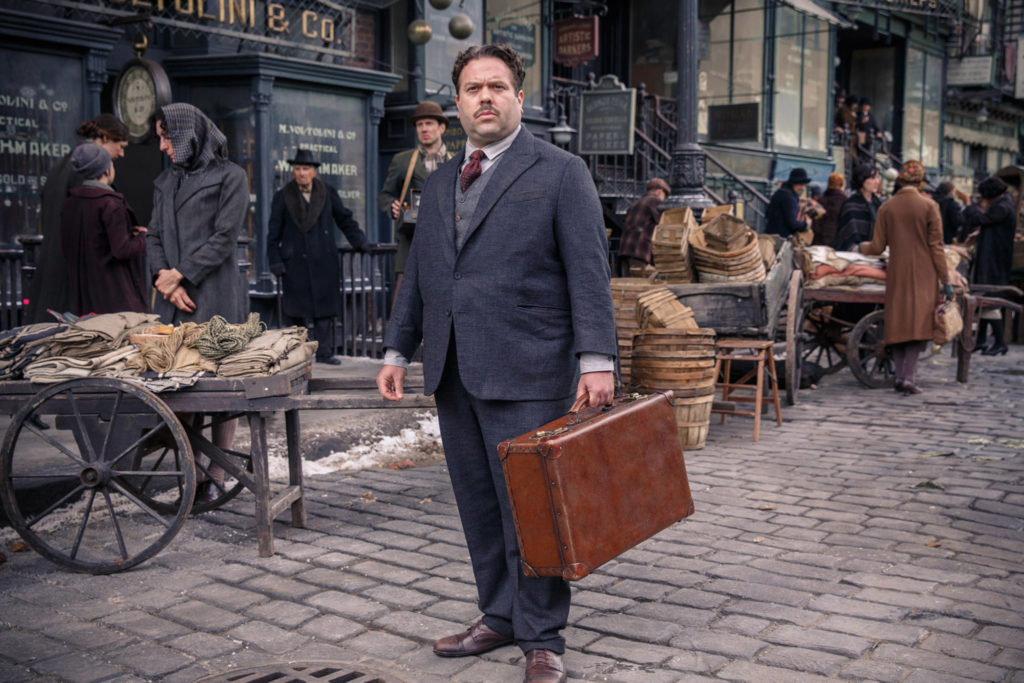 However, it is Dan Fogler’s Jacob that may be stuck without magical abilities, but still finds a way to be a major standout without flicking a single wand. Fogler manages to balance comedy and drama throughout the film to offer up some of the film’s funniest moments, as well as its most heartfelt ones. It’s a credit to Fogler’s performance that in a movie full of amazing visuals and an exceptionally-talented cast, it’s the one non-magical character that is capable of not only making his presence felt, but stealing many of the great scenes he was a part of.

On the more villainous side, there’s a bit of misdirection here and there, but the more antagonistic characters are also utilized well. Colin Farrell in particular is very well-utilized and fitting for his role (even though he doesn’t have a ton of total screen time). The more “evil” elements in the story are also utilized well and incorporated in a unique way never before seen.

The main downside is that not every character gets their own defining moment to thrive (even though there are plenty of great character moments present), so some characters will feel under-utilized to some. It also does feel that there are certain moments in the film where a lot is covered/revealed in little time, whereas in other parts of the film, it’s the opposite. It’s not a major flaw, but it does stand out when examining the movie as a whole. However, for those long-time Potter fans who hope that this film has that well-renowned HP heart, do not fear. FB found plenty of ways to incorporate a lot of heart within its characters and emotional moments throughout the film. JK Rowling deserves a special mention because this is her first screenplay, and her transition from book to film is an exceptional achievement. She created such an interesting world with endearing, deep characters in book form, and she’s done the same with Fantastic Beasts. The news that she’ll continue to write the screenplays for the series is a promising sign of things to come.

As is now customary with Harry Potter movies, the visuals were excellent and very eye-catching. There is certainly a lot of CGI present in this film, but it’s used to great effect here. The digital artists deserve a lot of credit for their work here, as there are plenty of moments that necessitate a number of CGI-filled shots but never feel fake or digitally-processed. The magic battles are a big highlight as well and help separate this first installment from Harry Potter’s first couple installments (it wasn’t until the fifth installment in the HP series that any full-on wizard fights took place). Thankfully, this first installment involves adult, fully-trained wizards that have a wide scope of magical abilities to serve as eye candy for plenty of entertaining, visually-engaging sequences.

This movie is, in a sense, an origin story of this world and its inhabitants. However, when it comes to the abilities and spells that the characters know, the audience doesn’t have to wait for the characters to “unlock” any cool abilities as they’re already extremely-skilled wizards. In other words, when the wands come out and the wizards start fighting, it’s pure eye candy and a stunning light show on multiple occasions. Special shout out to director David Yates who proves once again how well his imagination works with JK Rowling’s. The visuals are impressive, the beast designs are refreshingly unique and fit right in with the otherworldly nature of the universe. 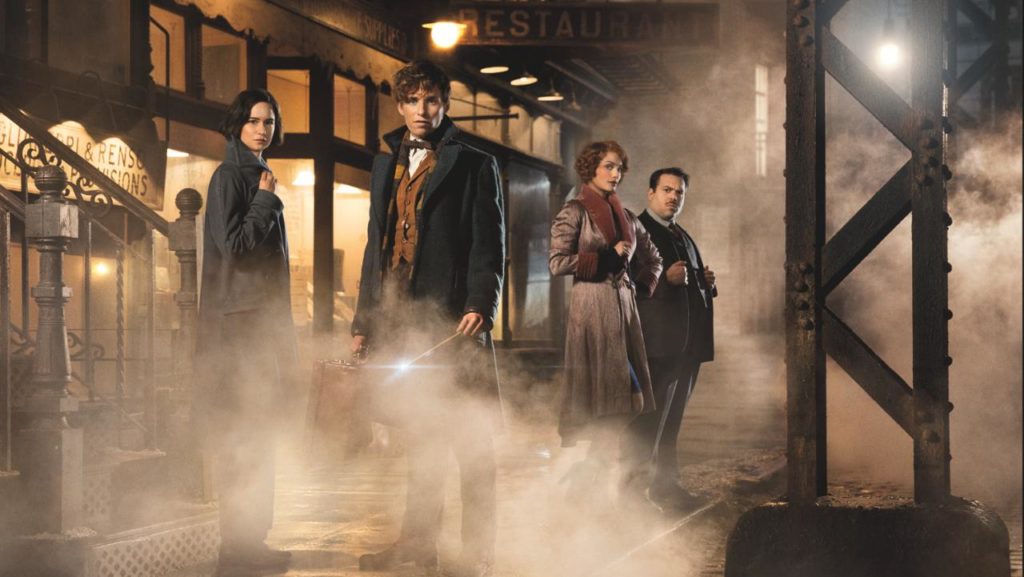 In the end, Fantastic Beasts And Where To Find Them is an impressively-done series starter that never feels too inaccessible for viewers new to the Harry Potter series and feels like another well thought-out installment in a series that continues to offer film-going experiences that are both magical and always entertaining.