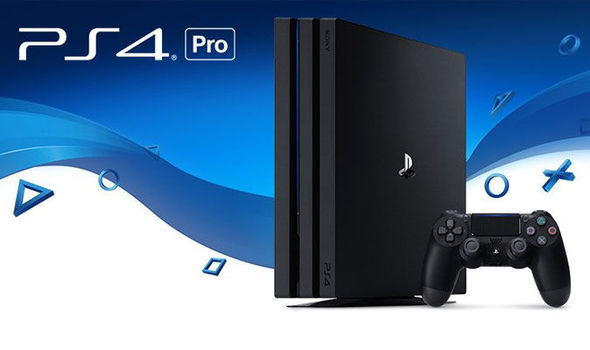 So we know that the PS4 has been a pretty big success so far, commercially at least. Ever since Microsoft royally dropped the ball at their Xbox One reveal, Sony have picked up that ball and ran with it, scoring millions and millions of sales on the way, leaving Microsoft to chase behind them.

Over the last three years Sony has continued to pick up momentum, nothing seemed to be capable of derailing them; new exclusivity deals, developer backing and VR capability. Sony seemed to be pushing all the right buttons, even making the change to an obligatory paid for online service (ala Xbox Live Gold), right from the off, didn’t deter people. Hell, the contention surrounding PlayStation Now has been casually brushed off without much bluster.

I think it would be safe to say that, in 2016 especially, it hasn’t been clear sailing for Sony. A fair few network outages, that whole No Man’s Sky debacle, the PS4 Pro not being able to play 4K Blu-ray and now we arrive at the PlayStation 4 Pro launch…

It’s been debated since the PS4 Pro’s reveal whether it is worth upgrading to the new behemoth, especially if you are not planning on getting a 4K enabled television in the near future (Black Friday is a comin’). Well it seems if you were going to make the jump, it may be worth holding, or at least considering the reports coming from the launch weekend of the PS4 Pro, conveniently categorized for you below.

There seem to be three key points that have come from the launch weekend:

Probably a little unsurprising, a release of a new console saw an increase of console sales (*gasp). This is good news though, considering there has been a lot of upset from the online gaming community who are concerned that the console market is moving to an upgrade model similar to that of mobile phones. If people are buying, then the demand is seemingly there. MCV have reported that of the PS4 hardware sales over the launch period (up until November 12th), 65% of those sales were PS4 Pro. This has helped get the PS4 53% of the market share for that period, with PS4 sales overall tripling, up by 204%!

2. Some PS4 Pro games are running worse than the original PS4.

So one of the major selling points of the PS4 Pro, if not THE main selling point of the PS4 Pro is that it enables developers to make games look amazingly pretty, providing developers are willing to put in the work to make those games that pretty and providing you have an Ultra HD or 4K TV. For the most part, it seems that the console does that, however Kotaku have reported that some games (and pretty big ones too) are experiencing worse performance than if it were playing on a standard PS4. Reports are coming in that most games such as Modern Warfare: Remastered are plenty stable throughout, but there are reports of games experiencing substantial frame slow down and poor performance.

I don’t know about you but I were to spend another $399 on a console I’d want stellar performance from the off, given that’s what it’s advertised to do. Of course, these issues could well be patched out, but that doesn’t bring comfort to early adopters. According to Kotaku, such performance directly subverting Sony’s policy for PS4 Pro in which games optimized for PS4 Pro cannot have a lesser performance that the original PS4 system.

Of course, this is the kicker, none of the above matters if you can’t see anything when you’ve got it all plugged in and set up. Reports are coming in that many players are not able to connect their PS4 Pro’s to their 4K televisions, even though they are, supposedly, compatible. Forbes have reported on this and have listed the concerns:

Apparently, there were that many reports of the above issues that Sony had already released a statement by the end of the PS4 Pro’s first day on sale. The EU blog acknowledged the issue as being a genuine concern and had suggested a rather arduous method of solving the problem, whereby the PS4 Pro is put in ‘safe mode’ and changing the digital rights management (DRM) HDCP from 2.2 to 1.4. Although this may fix the issue, it is cautioned as this could revoke the consoles rights to 4K and HDR to some games and apps (which may be the point of the console at this point).

What has reportedly followed is a string “his fault, no his fault”. In the statement, Sony advised that it was a fault with the TV themselves and said that customers should contact their TV manufacturers. The TV manufacturers responded by saying that this is a software issue and can be patched by Sony, relating to a similar, but much smaller, issue with the Xbox One S when it launched, stating that Microsoft released a patch that solved the issue.

So there is certainly some food for thought. The PS4 Pro claims a lot, “the most powerful console available”, which is true, however if that power isn’t utilized or even visible, your new customers are going to be pretty pissed. There will always be teething problems, it is how quickly and easily these problems can be rectified that will have the biggest impact on future sales and trust in the brand. That coupled with rumors that some of the consoles are melting (though this is currently unverified), might make for some more hesitant shoppers.

Are the cracks starting to show? Is Sony loosing its footing in the console race against Microsoft, who have seemingly stepped up their game significantly and are now talking big about Project Scorpio? Only time will tell. Let us know your thoughts in the comments below or on the RGM Forums.

Want to have a discussion on various social media platforms? Get those buttons below pushed and start sharing!