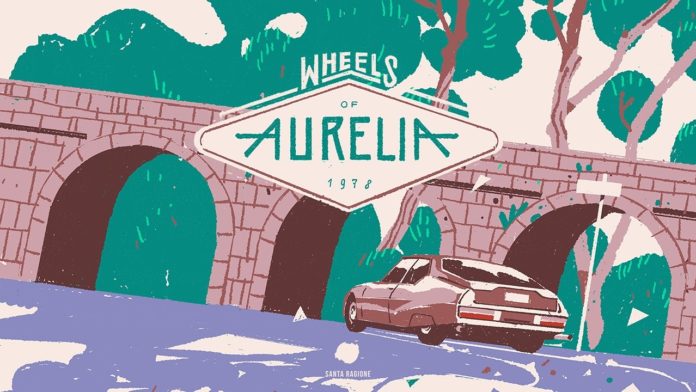 The world of video games, and the world in general I suppose, is obsessed with the urge to assign labels, to make sure everything fits neatly into a certain category. The gaming industry is especially fond of this practice and has the majority of titles slapped with a standard moniker meant to cram all that they offer into a catchy blurb that is easy for the masses to digest. Once in a while, a game comes along that can’t be easily categorized, something that defies definition. Wheels of Aurelia is one such game and while it’s quality may be a matter of personal opinion, I’m fairly sure you have never played anything like this before. 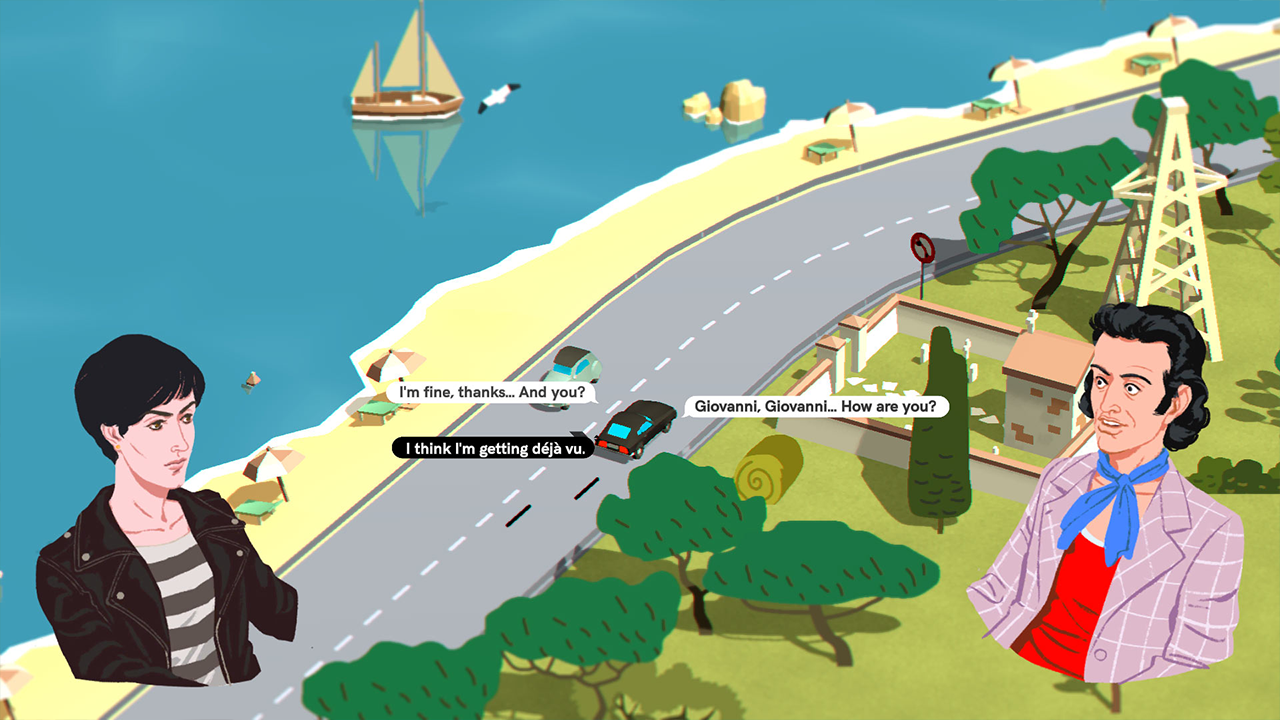 Wheels of Aurelia is an unusual beast that is hard to describe. It’s strongly driven by a branching story and focuses on it’s eclectic mix of characters and their quirky interactions. You follow protagonist Lella who embarks on a road trip through the beautiful coastal regions of Italy, the Via Aurelia, on her way to or from something that becomes clearer as the game progresses. She shares her driving time and the majority of the game with Olga, a girl she meets at a bar who is also trying to escape her own issues and has some hefty secrets to reveal to Lella as their friendship grows. Setting the game in 1970’s Italy allows for some juicy subject matter including abortion, terrorism and kidnapping. Based on real news from the time period, this leads to a few engrossing exchanges amongst all involved.

The dialogue exchanges between the two girls provides the basis for progression and when Olga chimes in with a comment or revelation, you are given several options for Lella to reply. It’s these choices that define the direction in which the narrative will go; ignore Olga continually and she will react accordingly. With loads of separate branches in the dialogue tree to explore leading to one of sixteen different endings, you can be sure that each play through will be unique. It’s a novel approach to story telling and characterization that works well for the most part. 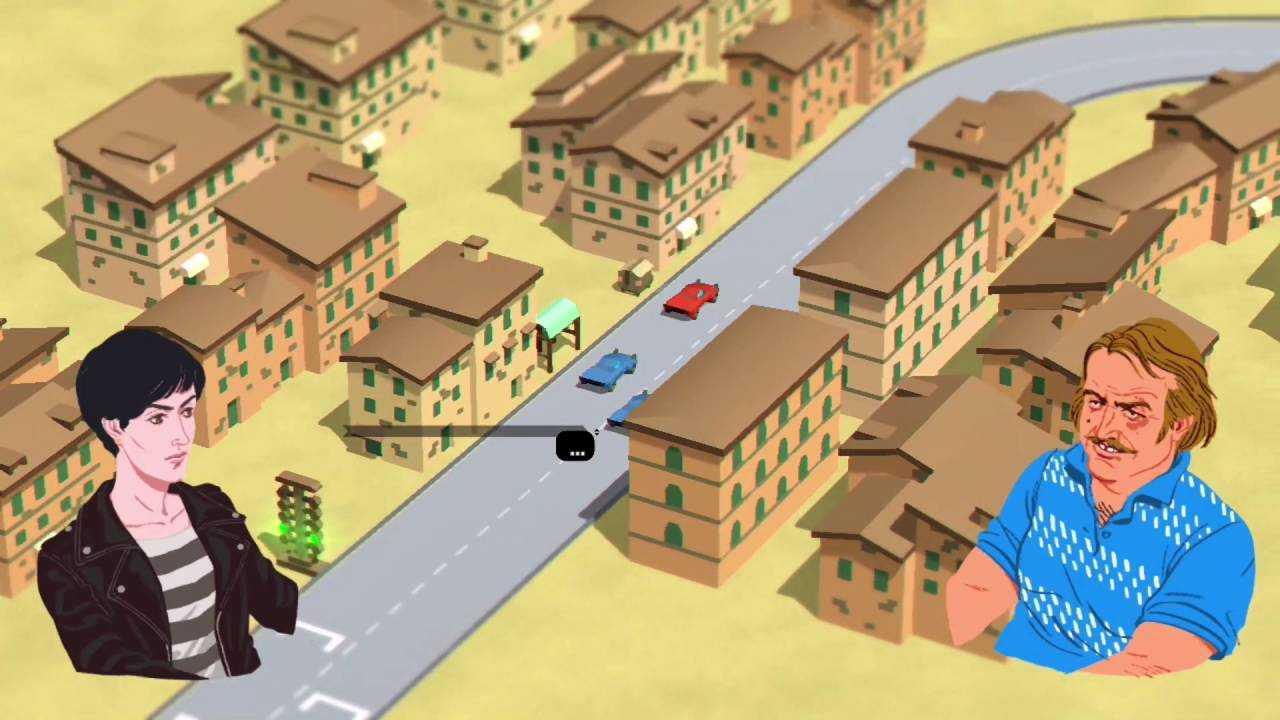 Not only do you have to worry about saying the right thing to Olga, you must also concentrate on your driving as it has an effect on the narrative direction as well. Presented in an old-school isometric style, there are several chances to make driving well an important facet of gameplay, such as a contest with a retired race driver and even a hectic chase on the trail of some heinous terrorists.

While the game will keep you on the road automatically most of the time, leaving you to focus on talking, you can also take over control of the vehicle if you so desire enabling you to explore alternate paths or stop for hitchhikers and at important landmarks when the opportunity presents itself. The quality of your vehicular prowess can make some characters judge you differently sending you off on a tangent that changes the course of the story and sometimes leads to an entirely new conclusion. In one instance, Olga became quite enraged after a particularly bad display of driving and left the car never to be seen again.

One of the biggest strengths of Wheels of Aurelia is the same thing that, arguably, becomes it’s biggest weakness. Each playthrough of the story will take roughly 20-30 minutes which is fantastic for munching on bite-sized chunks of gameplay and getting a satisfying conclusion from a small time investment. Unfortunately, if you are looking to see all the content and every ending, a multitude of replays of the same material is required making for some seriously repetitive slogging through identical dialogues in the search for that single alternative that enables you to progress down a new path. Perhaps an option to save before important choices would have been better. As it stands, you have to note down each choice you have tried at each branch and then try a different one on the next play. A couple of the endings were tough to trigger but usually turned out to be the most interesting. 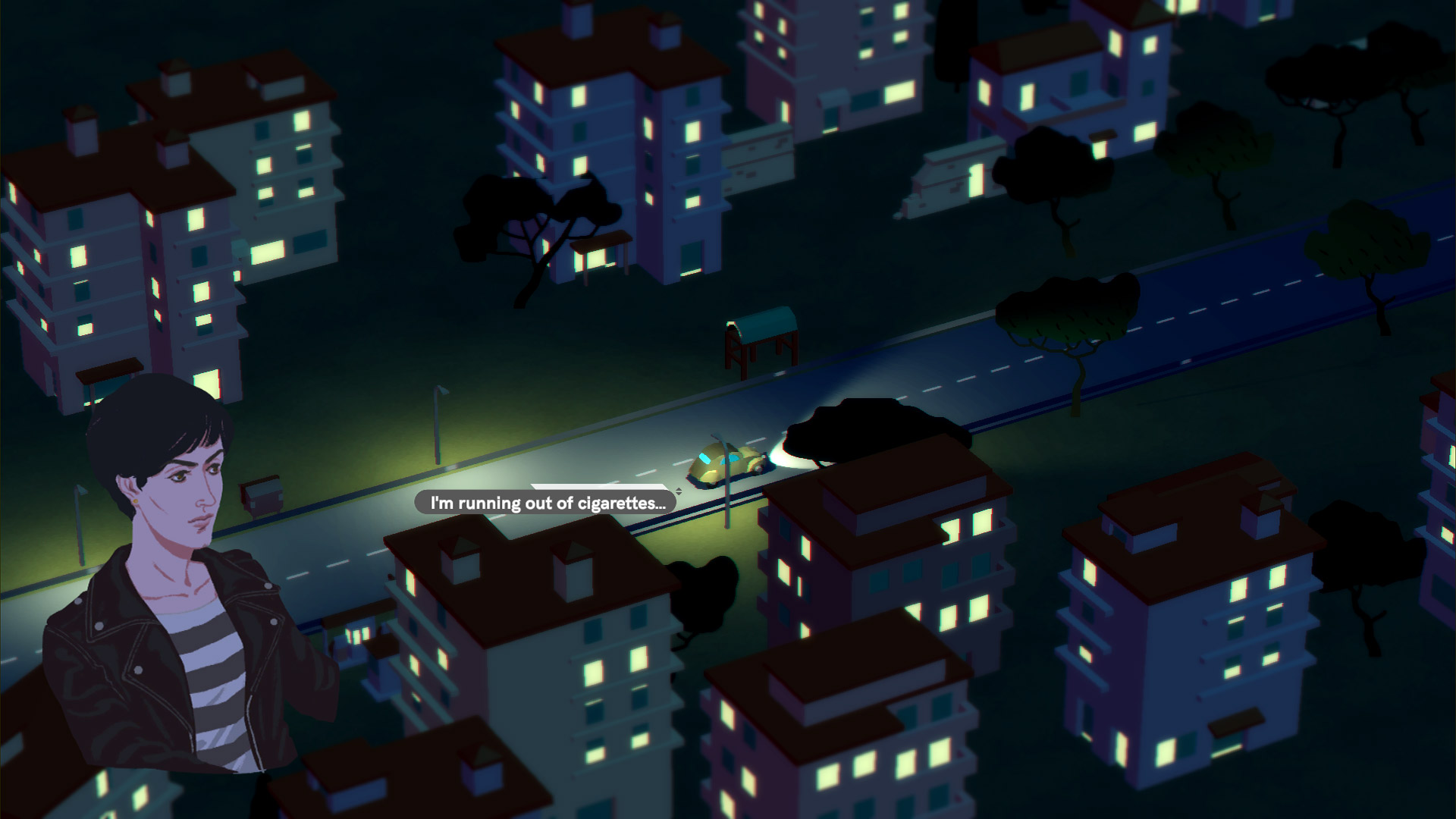 From a purely cosmetic perspective, Wheels of Aurelia expertly evokes 1970’s Italy with clean, stunning visuals that have a relaxing retro look. The developers have done some great work here and the environments are consistently striking to drive through. This cool representation of the Via Aurelia has a distinct aesthetic that I haven’t seen before. Character portraits have the same 70’s vibe even down to sporting fashion and style from the era. It’s a small complaint, but I spent a lot of time driving behind scenery which normally would not be an issue. However, if you strike a section like this while racing or chasing at high speed, crashes invariably occurred with obscured traffic leading to missing any chance of seeing the associated ending.

The music of Wheels of Aurelia warrants special mention. Continuing the 70’s vibe, there’s a very catchy mix of melodies here that capture the style of the times perfectly. The soundtrack includes four original songs written, composed and performed especially for the game in an effort to emulate popular Italian music from the decade. I’m no expert on music from 1970’s Italy but these tunes had me tapping my foot to the beat. The theme song was particularly awesome, enough to make me look it up on iTunes; it was actually on there I’m happy to say! 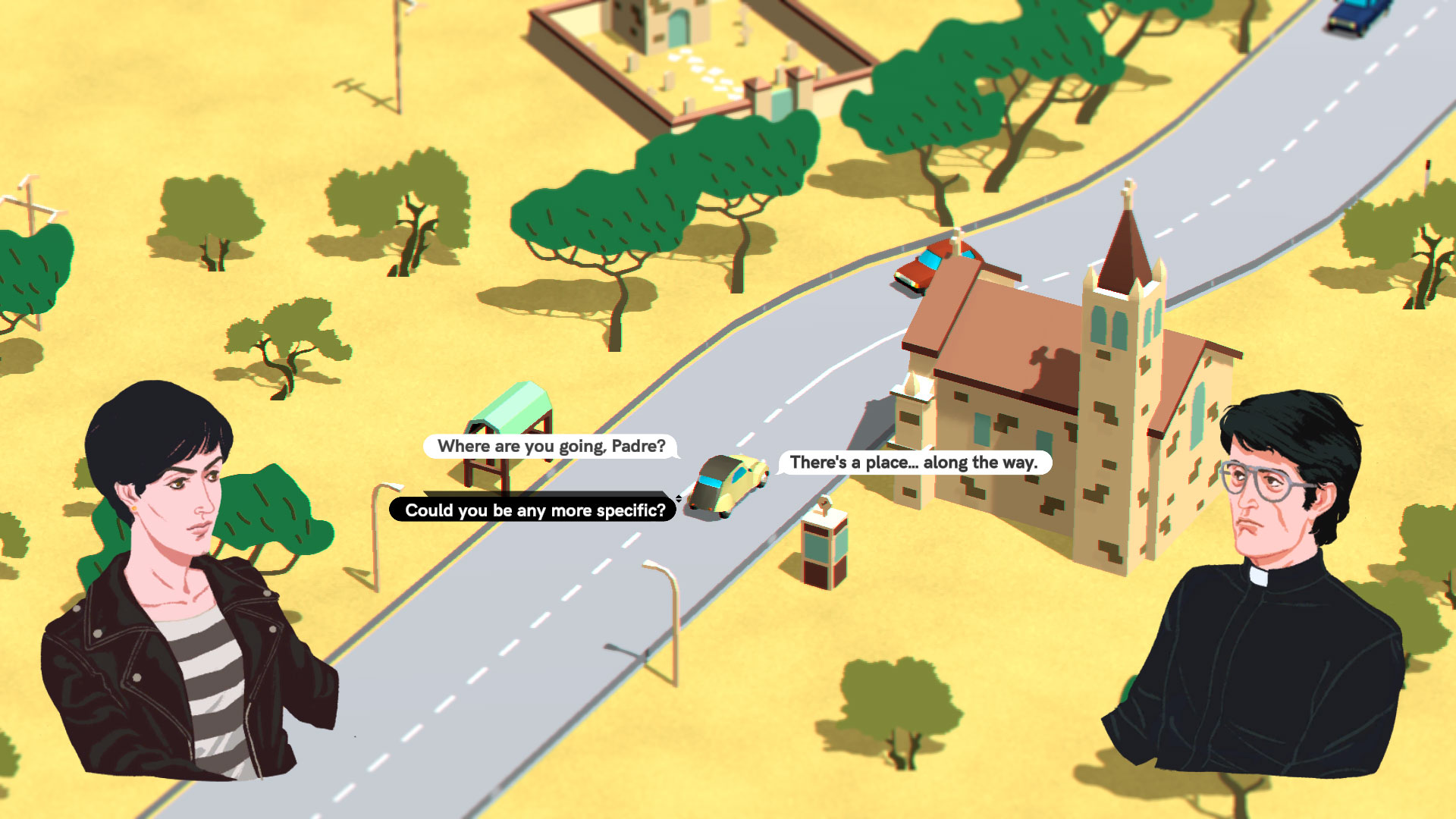 Wheels of Aurelia is something completely different and for that fact alone, it should be commended. The depiction of 1970’s Italy is authentic and the unique mixture of driving game and dialogue based story telling works well. Despite getting bogged down by some repetition, the journey portrayed in Wheels of Aurelia is a memorable one, certainly a road worth taking if only to experience the novelty of it’s innovative approach.