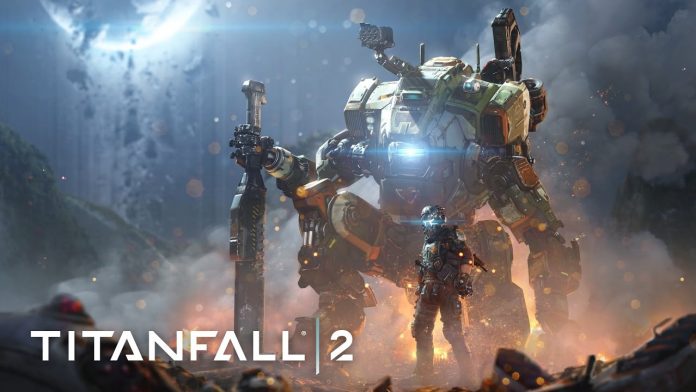 You may well have noticed that Titanfall 2 has been on offer recently. Some places were stocking the critically acclaimed game for as little as $29.99, which is an absolute bargain for a AAA release. Of course, there may well be other things going on…

Titanfall 2 feels like the unwanted step child of the big releases this year. It is equally as capable at what it can do, in fact more so than some of its siblings. The father of Titanfall 2 won the custody rights so has the original influences and upbringing that the likes of the oldest sibling (Call of Duty), but that has lost its teachings because of other influences, such as a new “cooler, hipper” father figure who’s “bad” (in a good way) and “sick” (in a good way) and doesn’t have time for the “war stories” of the more respectable biological parent.

To me, it almost felt like Titanfall 2 was sent out to die. Sandwiched between the two, commercially, biggest games of the year; Battlefield 1 and Call of Duty: Infinite Warfare). For me, there were two reasons I could think for this either:

Personally, I think EA may have been betting on secret option number three. I would rate the Titanfall games above any of the Call of Duty past Modern Warfare 2 (at least) but being an infant game series, it doesn’t carry the same clout in its title as the others. So the opportunity to take out some of the sales, wherever possible and, as a company, have the better sales against Call of Duty with two titles (two titles are better than one right?). Can EA support both titles enough though? Zampella expressed this as a concern in his interview with PCGamesN:

“It’s always a concern. That’s what I’ll say. Especially when you have two games on top of each other.”

For me, I went for Battlefield 1 and Titanfall 2 they were the much more interesting choices for me and Call of Duty really didn’t register with me as a game that I was interested in playing. It would be interesting to know how everyone else voted, I know that sales of Call of Duty had dipped significantly over last year’s sales of Black Ops 3.

So what next for Titanfall? Will there be a sequel? It seems it may be too soon tell. In an interview with Vince Zampella, ex Infinity Ward lead and now Respawn CEO, spoke about some of the events of the last three weeks. Detailing the interview on PCGamesN, Zampella has acknowledged the claim that EA have made to commit to the franchise of Titanfall (“whatever the fuck that means” – Zampella), but notes that although they plan to do that, it hasn’t been discussed with Respawn yet. So will there be a Titanfall 3?

“We don’t know yet, the game [Titanfall 2] is, critically, a huge success. We’re really happy with all the reviews and the positive sentiment. Sales, it’s too early to tell.

It’s a strong show of support in the face of dropping shares at the projected sales for Titanfall 2. Zampella has reflected on the bitter-sweet time at the moment with his brand new game releasing after years of hard work, that he and his team have put in, only to find out you will be releasing within spitting distance of your old studio’s newest release. The release that also includes a re-release of one of your biggest successes, a game you created yourself. It’s a slap in the face to have to fight for sales against a nine-year old game, spruced up.

“Call of Duty: Infinite Warfare is from my old studio, that I built. And they’re repackaging my old game that I built, on a brand that I built. So it’s kind of like you’re throwing it all against me. OK, I can live with it.”

Titanfall 2 is by no means a failure. Despite slower sales it is still a commercial and critical triumph, to garner the sales at all in that set-up is wholly impressive and the game scored generally higher than Infinite Warfare across the board. If you haven’t had the genuine pleasure to experience BT and the excellent multiplayer I can’t recommend it enough. Do yourself (and Zampella) a favour, pick up Titanfall 2, play it, love it and be excited for Titanfall 3.

Oh yeah and don’t forget that Respawn are working on a new Star Wars title. So there’s that to consider, maybe they have to finish that before they can consider Titanfall 3?

Have you enjoyed the Titanfall series so far? Do you want it to continue? What do you make of the scheduling debacle? Let us know in the comments below or on the RGM Forums.

Get a debate going with your friends. Share this article using those easy to reach buttons below and add to the discussion.