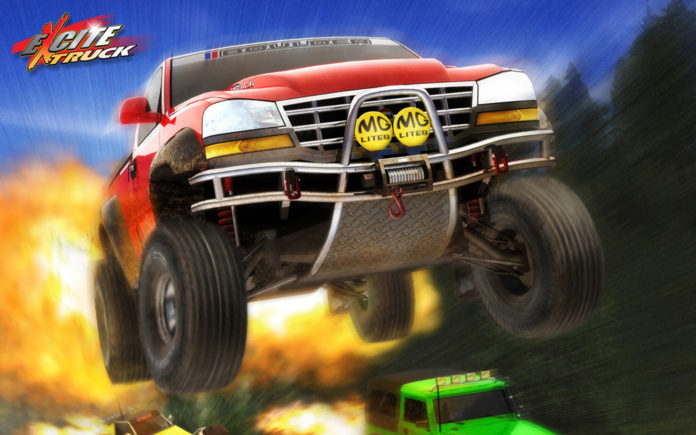 It seems there’s no slowing down at the Nintendo camp at the moment. I suppose that’s to be expected with the imminent release of a brand new console in the Nintendo Switch.

Recently you may have seen rumors that Wave Race could be set to make a return, presumably to the new console, based on a patent that was made trademarking the title. Well it seems the same could be about to happen for Excite Truck!

A post on NeoGAF has detailed another patent by Nintendo America, this time for the title Excite Truck. The patent is for all versions of a videogame software (both digital and disc based versions of a title). The poster, Rosti, makes a note that there is a pre-existing patent out on an Excite Truck title that is due to expire. Presumably this is for the Nintendo Wii version that launched on the consoles release.

Where it is not 100% confirmed that the game will ever see the light of day; the patent could have been filed to protect the name, but it seems a strong indicator that something is being worked on. Although it could be just for a virtual console release of the Wii version for the Switch, though unless the Switch has motion controls (to be confirmed at this point) it is hard to say, as is always the case with such little information.

If you haven’t seen Excite Truck you can have a gander at what it’s about with this trailer for the Nintendo Wii version:

So what do you think? Do you find this exciting? Let us know in the comments below or on the RGM Forums.

Share the news around using the handy buttons located just below.