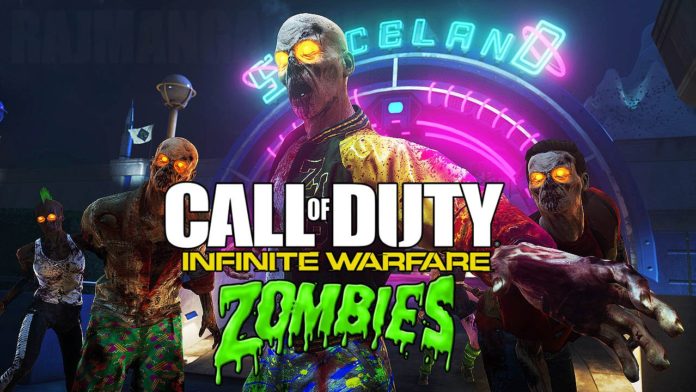 Activision have announced that gamers everywhere will be able to try out Call of Duty: Infinite Warfare for free very soon.

Making the announcement via a reveal trailer on the Call of Duty YouTube page, Activision have detailed that people can download a full version of the futuristic first person shooter with restrictions. Meaning that you will download the full game, but only have access to some portion of it. You can see the trailer below:

Confirming the details, Xbox Achievements outlined that the free trial will be open to PS4, Xbox One and PC players for the entire period. The free trial, from December 15th (this Thursday) until December 20th (next Tuesday), will allow players access to all three game modes:

Campaign: People playing the trial will be able to play the first two levels of the campaign: ‘Rising Threat’ and ‘Black Sky.’

Multiplayer: Players can try out the legendary Call of Duty multiplayer, with a level cap of 15.

Zombies: Participants in the trial can also give the ‘Zombies in Spaceland’ mode a go, with a level cap of three, just to whet your appetite.

The game is takes up around 60GB of space, so be sure to have enough space. Anyone wanting to take part in the trial needs to search their relevant game store for ‘Call of Duty: Infinite Warfare free trial’. Any progress made during the trial, including saves, level progression and achievement/trophies, will be transferred over should you decide to purchase the full game.

Seems like a good idea to drum up sales as Infinite Warfare has not been performing as well as previous iterations of the long running series. Of course, they would probably generate a lot more cash if they released Modern Warfare Remastered separately, but anyway.

On a slightly separate note, it annoys me that we have moved away from demos and have to settle with limited ‘trials’. Surely always available demos (with the same limited access) may generate more sales. Especially at this time of year, maybe people are going to be too busy to give it a go doing Christmas type stuff?

Anyways, let us know what you think in the comments below or on the RGM Forums.

Share the news and squad up with your mates using the social media sharing buttons below.