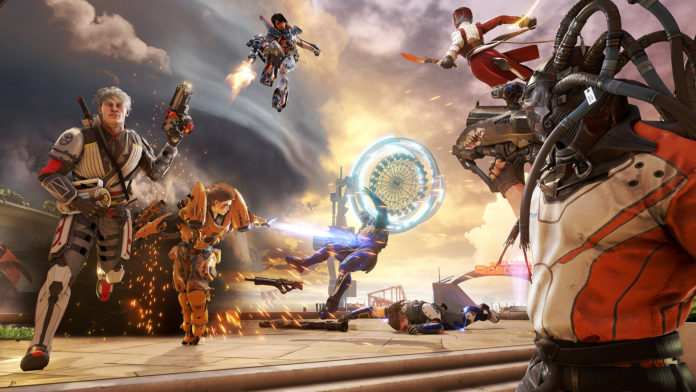 Lawbreakers continues to amaze with its frenetic, high-octane gameplay. Members of the two teams zip and fly around the maps with speed, agility and verticality not often seen in first-person shooters. At the 2016 Video Game Awards a new trailer was revealed, showing off the impressive adrenaline-charged abilities, brutal gunplay and stunning skills of the available roster. Leading the development at Boss Key Productions is Cliff Bleszinski of Gears of War fame; his experience with fast-paced action games is being put to clear use.

Pushing Unreal Engine 4 to literal never-before-seen heights, Lawbreakers looks to disrupt the current influx of team-based hero shooters. By placing such a hefty emphasis on speed and maneuverability, it could very well differentiate itself in a way that could reshape the entire genre. Did you like the new trailer? What do you think of the cast? Let us know in the comments!