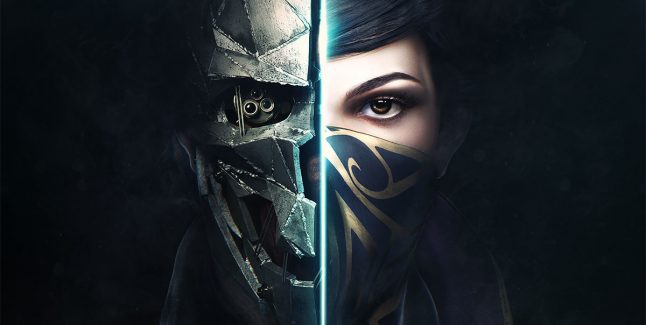 If your anything like me, you’ll have played Dishonored 2 to absolute death (figuratively and literally [in-game])!

After having both a low chaos and high chaos playthrough under my belt; and then going back for more, I was starting to wonder if there would be any extra support following the games release. The original Dishonored received a good gamut of new DLC and add-ons to keep people playing the void-walking, first person assassinate ’em up.

Though we do not have any details on actual DLC expansions or add-ons, Bethesda have released details on their official site of a new update that is coming to all formats next week. The most exciting of the new features of this update will be the addition of a ‘New Game +’ mode. This allows players to restart their story with either Corvo or Emily, keeping all runes and bone charms found previously. The most exciting bit of this, however, is that whichever assassin you choose, you will have access to both characters void abilities.

This means that you can combine powers that were previously exclusive to one or the other of the two characters. With them both having such unique abilities available too, it will be really fun to combine the powers and see how it all plays out. Personally I’ve already concocted some scenarios where I can use ‘Time Stop’ (Corvo) and ‘Domino’ (Emily) to really have some fun.

Commenting on the impending update, Creative Director Harvey Smith had this to say on the post:

“Dishonored players have asked for it, so now New Game Plus is here for Dishonored 2. If you’ve ever wanted to make higher-powered characters, now’s your chance. If you’ve wanted to play Emily Kaldwin with Possession or Devouring Swarm, or Corvo Attano with Domino, now you can. We’ve been having fun with it here at Arkane Studios, and we hope you will too.”

Of course, there is more to this update than this awesome new feature. The other additions and fixes included are listed below:

This update is the first of two improvement updates. The first releases on December 19th for Xbox One, PS4 and PC. The update has gone live as a beta for PC as of today. A second update will follow in January and promises to add ‘Mission Select’ (something definitely missing from the release) and a ‘Custom Difficulty’ option, allowing you to utilize a vast amount settings to customize how you play your next venture into Karnaca.

How do you feel about the new update? Does it add/fix any issues or concerns you had about Dishonored 2? Let us know in the comments below or on the RGM Forums.

Let your fellow void walkers know about the new update using the social media buttons below to share on a wide range of platforms.