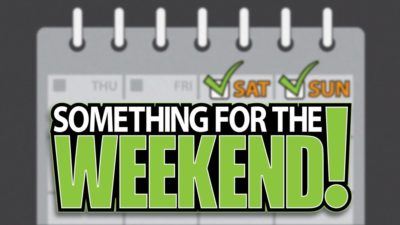 2016 is almost over, and it’s been one helluva year! The in’s and out’s of which can and will be summed up in a completely different article. What I’m here to do for you gorgeous readers (especially you, you sexy thing) is to look back on all the different “Something For The Weekend” articles that we’ve given you (all 17 since it started) to bring them all in one place as a way of saying “You know what, you might not have gotten that game you wanted for Christmas, and you might not have enough to buy it yourself, but here are a load of games that you can get to bring you hours of joy for a fraction of the cost of the newer games out there!”

Since I’m a bit of an Excel geek, I though the most beautiful way to bring this to you would be in the form of a lovely table – followed by trailers for each game – enjoy!

So there you have it, we’ve recommended some absolutely cracking games for you over the past few months and we’ll be sure to recommend a whole lot more in 2017. Which of the games from the above list is your favorite? Which of these do you think shouldn’t have been included? Let us know in the comments below, the RGM Forums or on Twitter. If you like what you’ve read then feel free to share this article on Facebook, Twitter, Google+, Pintrest or Reddit using the buttons available!